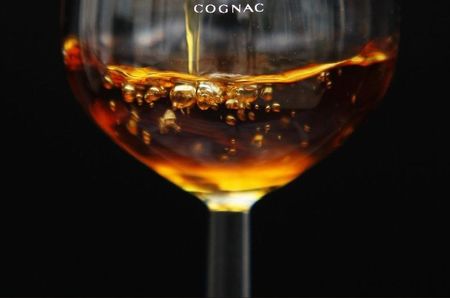 Investing.com -- “Harris, I am not well; pray get me a glass of brandy.”

The reaction of England’s King George IV on seeing his future bride Caroline of Brunswick for the first time may have echoed in the minds of Remy Cointreau (PA:RCOP) investors on Friday, after the French spirits group announced a big miss in quarterly sales at the end of 2019.

Analysts had expected a weak top line figure after the company withdrew from a bunch of distribution contracts in North America and Europe. But they weren’t prepared for a 1.6% drop in organic sales, the result of a slump in Hong Kong due to the enduring disruption from street protests and of “slow stock replenishment in the United States.”

It said the end of distribution contracts for its partner brands in the U.S. and Europe would knock 56 million euros ($62 million) off this year's revenue and 5 million euros off operating profits.

Remy also unsettled investors by choosing not to update investors on the outlook for the rest of 2020, saying that it will present new targets when it publishes its annual results in June. The company’s fiscal year runs through March.

That’s on a day when European markets were solidly in the green as fears about the spread of the coronavirus eased somewhat. The CAC 40 was up 1.3% despite a relatively weak PMI survey for the French economy in January, overshadowed by the strikes against President Emmanuel Macron’s pension reforms. The benchmark Stoxx 600 was up 1.2% at 424.98, while the U.K. FTSE 100 was up 1.6% after a stronger-than-expected PMI.

Remy is the second luxury group in a weak (after Burberry) to report sluggish sales in the U.S., underlining the fact that not all product lines are profiting equally from consumption which on aggregate still seems to be ticking along nicely. Even before the update, standalone drinks companies (as well as ‘hard’ luxury specialist Richemont) have underperformed the fashion-heavier names.

Remy Cointreau shares have risen only 1.2% in the last 12 months, while Pernod Ricard's (PA:PERP) have risen 18%. By contrast, LVMH (PA:LVMH), Kering (PA:PRTP) and Hermes International (PA:HRMS) have clocked up gains of 60%, 42% and 37% respectively.

With French food and drink still in President Donald Trump’s crosshairs as he looks for a convenient foreign target to energize his voter base in election year, that picture may not change any time soon.