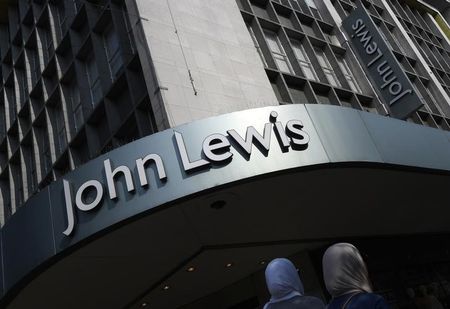 * JOHN LEWIS: Britain's John Lewis Partnership lifted its annual profit
forecast after better than expected trading during the Christmas
period. * NEXT: Next Plc NXT.L said on Thursday it had pulled out of the bidding
for brands owned by British tycoon Philip Green's Arcadia Group as it was unable
to meet the price expectations of the collapsed fashion chain. * ECONOMY: British retail sales bounced back weakly in Dec as shops in
England emerged from November's four-week lockdown to slow the spread of
COVID-19, while public borrowing this financial year has hit a fresh record
high. * CONSUMER SENTIMENT: A gauge of confidence among British consumers slipped
back in January because of worries about the economy which has been largely
locked down again, a survey showed. * MANUFACTURERS: British manufacturers' concerns about shortages of low-wage
workers and supplies have risen the most in almost 50 years, a survey showed on
Thursday, as they wrestle with COVID-19 disruptions and new customs rules after
leaving the European Union. * GOLD: Gold inched lower as U.S. Treasury yields ticked up, though bets of
a large U.S. stimulus kept the metal on course for its best week in five.
* OIL: Oil prices dropped, retreating further from 11-month highs hit last
week, weighed down by worries that new pandemic restrictions in China will curb
fuel demand in the world's biggest oil importer. * The UK blue-chip index .FTSE closed 0.4% lower on Thursday, weighed down
by falls in energy stocks as oil prices slid after a surprise increase in U.S.
crude inventories, while IG Group tumbled on plans to buy U.S. trading platform
tastytrade for $1 billion. * For more on the factors affecting European stocks, please click on:
LIVE/
TODAY'S UK PAPERS
> Financial Times PRESS/FT
> Other business headlines PRESS/GB