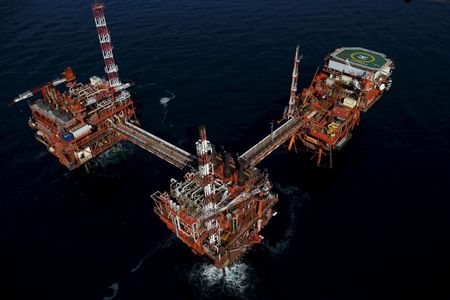 (Updates to U.S. stock market close)
By Rodrigo Campos
NEW YORK, Nov 24 (Reuters) - Stocks ended at record highs on
Tuesday while bitcoin and oil prices also rose as political
uncertainty subsided after U.S. President-elect Joe Biden got
the formal go-ahead to begin his transition to the White House.
Short of spelling out his defeat after repeated false claims
that he had won the Nov. 3 race, President Donald Trump said
Monday he told the federal agency that must sign off on the
presidential transition to begin the process. Japan's Nikkei closed at its highest since 1991, European
stocks .STOXX ended at their highest since February and Wall
Street's Dow Industrials .DJI hit a record high above 30,000,
with reports of Biden's nomination of former Federal Reserve
Chair Janet Yellen further enticing risk-taking investors.
The bullish backdrop was upbeat COVID-19 vaccine news,
including likely shots for some first responders in a matter of
weeks and a highly successful so-called "vaccine for the world"
that could be more easily distributed across even the poorest
countries. "A little bit of decreasing uncertainty on the election
front, the market seems pretty favorable on the Yellen
announcement, it just seems like one of those good days where
all things are moving a little higher," said Ross Mayfield,
investment strategy analyst at Baird.
The Dow Jones Industrial Average .DJI rose 454.97 points,
or 1.54%, to 30,046.24, the S&P 500 .SPX gained 57.82 points,
or 1.62%, to 3,635.41 and the Nasdaq Composite .IXIC added
156.15 points, or 1.31%, to 12,036.79.
The S&P also set a record closing high.
The pan-European STOXX 600 index .STOXX rose 0.91% and
MSCI's gauge of stocks across the globe .MIWD00000PUS gained
1.44%, on track to close at a record high.
Emerging market stocks rose 0.45%. MSCI's broadest index of
Asia-Pacific shares outside Japan .MIAPJ0000PUS closed 0.56%
higher, while Japan's Nikkei .N225 rose 2.50%.
Bitcoin BTC=BTSP rose over 5% with $20,000 in sight, with
traders expecting volatility ahead due partly to Thursday's
Thanksgiving holiday in U.S. markets.
The cryptocurrency last rose 3.5% to $19,017.73 per coin.
Gold fell for the fifth session in six.
"Trading conditions are likely to be volatile for the
remainder of the week and crypto traders should expect $1,000
swings in the matter of minutes," said of bitcoin Edward Moya,
senior market analyst at OANDA in New York.
In other currency markets the dollar was under pressure from
Yellen's expected push for fiscal stimulus.
The dollar index =USD fell 0.374%, with the euro EUR= up
0.41% to $1.1889.
The Japanese yen strengthened 0.08% versus the greenback at
104.45 per dollar, while Britain's pound GBP= was last trading
at $1.3359, up 0.27% on the day.
An index of emerging market currencies .MIEM00000CUS was
little changed on the day. It hit a 2-1/2-year high last week.
Also spurred on by vaccine hopes, oil reached levels not
seen since before the coronavirus pandemic began to spread in
March.
"The possibility of having a vaccine next year increases the
odds that we're going to see demand return in the new year,"
said Phil Flynn, senior analyst at Price Futures Group in
Chicago.
U.S. crude CLc1 rose 4.25% to $44.89 per barrel and Brent
LCOc1 was at $47.89, up 3.97% on the day.
Spot gold XAU= dropped 1.6% to $1,806.56 an ounce. Silver
XAG= fell 1.51% to $23.22.
Long-end Treasury yields extended their rise, further
steepening the U.S. yield curve, as investors rushed to riskier
investments.
Benchmark 10-year notes US10YT=RR last fell 7/32 in price
to yield 0.8816%, from 0.859% late on Monday.
The 30-year bond US30YT=RR yield was last at 1.6065%, from
1.563% and the 2-year note US2YT=RR was last yielding 0.1641%,
from 0.169%.