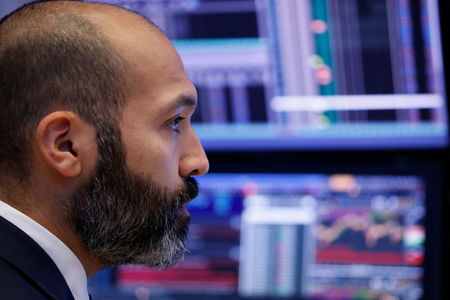 Investing.com - U.S. stocks are set to open higher Tuesday, with investors continuing to look for an economic recovery despite mounting civic unrest and increasing Sino-U.S. tensions.

This optimism is despite President Donald Trump threatening to deploy the military in U.S. cities. in response to the violent unrest that has followed last week’s death of George Floyd, an unarmed black man, at the hands of police,

On top of this, relations between China and the U.S. remain strained over the autonomy of Hong Kong, after Beijing passed new national security laws related to the city.

Reports Monday of an order from China's government to halt U.S. soybean purchases raised the possibility of damaging trade disagreements between Washington and Beijing, just a few months after the first phase of a trade deal ending a damaging trade war. Chinese backsliding on the deal would give Trump the pretext to raise import tariffs on its goods again.

That said, the latest U.S. manufacturing purchasing managers index pointed to improvement in May from April, even though the reading was grim. The market is also still supported by trillions of dollars of fiscal and monetary stimulus and the reopening of states as the coronavirus outbreak passes its peak.

In corporate news, Facebook (NASDAQ:FB) will be in focus after a number of employees walked out Monday in protest against the tech giant's decision not to remove or flag a controversial post by Trump last week. Apple (NASDAQ:AAPL) will also be in the spotlight after cutting prices for its new iPhone models in China, its second-biggest market.

Carnival (NYSE:CCL) P&O Cruises said it is extending its pause in sailings to the middle of October as it continues to grapple with the effect of the Covid-19 pandemic.

Zoom Video (NASDAQ:ZM) is set to report earnings after the bell, and expectations for the company, which has become synonymous with working under lockdown restrictions for the Covid-19 pandemic, are high.

Oil prices edged higher Tuesday, with traders expecting the Organization of the Petroleum Exporting Countries and its allies, a grouping known as OPEC+, to bring forward its next meeting to later this week in order to discuss whether to extend record production cuts beyond end-June.

The American Petroleum Institute will issue its measure of U.S. oil inventories after the bell. Last week the API reported that crude stockpiles climbed by 8.7 million barrels, bucking the recent downward trend.