Top 5 Things to Know in the Market on Thursday, April 30th

Top 5 Things to Know in the Market on Thursday, April 30th 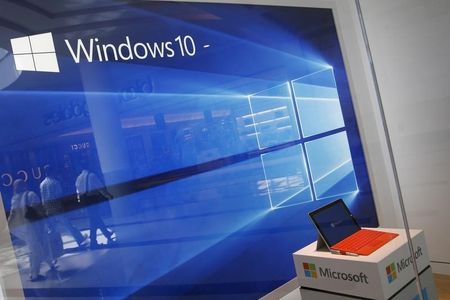 Investing.com -- Tech earnings lift spirits further, the European Central Bank gets to mull some dreadful economic data from the euro zone and Royal Dutch Shell (LON:RDSa) cuts its dividend for the first time since World War II. The IEA says energy demand will fall 6% this year - but CO2 emissions will fall even more. And there's the weekly U.S. jobless claims data at 8:30. Here's what you need to know in financial markets on Thursday, 30th April.

1. Tech to the Rescue

Silicon Valley powerhouses continued to churn out stronger-than-expected results after the bell on Wednesday.

Facebook stock surged 8% after its quarterly update showed advertising spending stabilized in April, albeit at lower rates, as gaming and other stay-at-home-focused companies took advantage of a bump in user face time.

Microsoft also reported a 15% rise in sales and a net profit of $10.75 billion, driven largely by burgeoning demand for its Azure cloud computing service.

Tesla also reported a surprise profit of $1.24 a share, compared with forecasts for a loss of 28c, pushing its shares up 8%. However, the results were more notable for CEO Elon Musk’s tirade against lockdown measures, which threaten to keep the company’s only U.S. factory closed through May. The company didn’t reiterate its full-year guidance

Amazon and Apple  round off the earnings season for megacaps after the close.

It’s Europe’s turn to dish out the dismal economic data, as the European Central Bank hunkers down for its regular policy meeting. Analysts say an expansion of the ECB’s Pandemic Emergency Purchase Program – the 750 billion-euro scheme ($815 billion) it announced in March – is possible.

The euro zone economy contracted by 3.8% quarter-on-quarter, according to Eurostat data. That’s a much bigger decline than the U.S. equivalent (which was annualized, rather than QoQ), because eurozone countries were quicker to impose lockdown measures.

Meanwhile, Germany’s jobless figures rose by a comparatively modest 373,000. That’s because German firms rushed to avail themselves of a government wage subsidy program. Over 10 million workers were enrolled in the so-called Kurzarbeit scheme in April – although not all will have actually used it, said Oxford Economics’ Oliver Rakau.

U.S. stock markets are set to open mixed, after solid gains on Wednesday in response to some reassuring rhetoric from the Federal Reserve and signs of progress in finding a drug capable of treating the Covid-19 virus. The mood will be tested by the release of initial jobless claims data at 8:30 AM ET.

In addition to the tech giants, there’ll be earnings reports before the opening from Visa, McDonald’s, Comcast, ConocoPhillips (NYSE:COP) COP), Kraft Heinz  and Altria , among others.

Royal Dutch Shell (AS:RDSa) cut its quarterly dividend to 16c a share from 47c - the first time since the Second World War that it’s taken such a step. The move implicitly accepts that the company won’t be able to generate the kind of returns in future that its investors have become used to.

Shell CEO Ben van Beurden said the cut was a “resetting” of dividend policy. The company reported a 46% drop in underlying profit and expects worse to come, as it’s forced to lower production.

The move raises questions for other ‘supermajors’, all of whom have so far resisted taking the same step. Shell had already suspended its share buyback program.

Global energy demand is set to contract by 6% this year as a result of the Covid-19 pandemic, the International Energy Agency said.

Oil demand is expected to drop by some 9% on average, pushing consumption down to an eight-year low. Coal and gas demand are also likely to be hit by a similar magnitude.

The bright spot, the IEA said, is that global carbon dioxide emissions will also likely fall by 8%, while renewable electricity will be the only source of energy to show growth in both supply and demand.