Top 5 Things to Know in the Market on Monday

Top 5 Things to Know in the Market on Monday 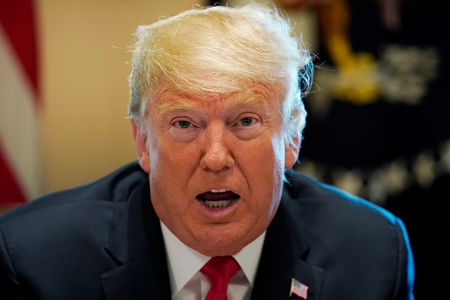 Investing.com -- Trump vents against the whistleblower and China's preparations for the 70th anniversary of the People's Republic get overshadowed by more violence in Hong Kong and by lingering worries over reported plans to limit U.S. investments in Chinese companies. Here's what you need to know in financial markets on Monday, 30th September.

The whistleblower at the center of the impeachment inquiry into President Donald Trump will testify to Congress “soon”, but in such a way as to protect his identity, House Intelligence Committee chairman Adam Schiff told ABC on Sunday.

Over the weekend, Trump repeated his accusations that he been “spied” on and said he wanted to meet his accuser as well as the “person who illegally gave this information”. The whistleblower report last week cited multiple sources, while making clear that its author was not one of the White House officials listening to the call.

China is getting ready to shut down for a week to celebrate the 70th anniversary of the Communist Party’s takeover of power. The formal celebrations start on Tuesday.

To mark the occasion, protesters in Hong Kong stepped up their activities at the weekend, with marches that were marked by violent clashes and Molotov cocktails on the one side and tear gas, rubber bullets and water cannon on the other.

Also over the weekend, U.S. officials played down a report from Friday that the administration was considering limits on U.S. portfolio investment in China – although there was no full-blooded denial of the report.

The partial walk-back of the China investment ban story is helping Wall Street to a higher opening, although markets may be susceptible to a little “window-dressing” ahead of the end of the quarter.

Bond yields, likewise, have headed a touch higher. The 30-year U.S. Treasury yield was up two basis points from late Friday at 2.15%.

Bitcoin, by contrast, fell below $8,000 to its lowest in nearly four months, continuing to struggle in the aftermath of the launch of a new physically deliverable futures contract that appears to have exposed reliability issues with pricing on other digital currency exchanges.

Stocks have been helped by a rare positive surprise in European data earlier Monday.

The seasonally-adjusted jobless rate in the euro zone fell to an 11-year low of 7.4% in September, thanks to a big drop in Italy and an even more important 10,000 decline in Germany.

That allayed fears that the deepening slowdown in manufacturing in Europe’s largest economy would spread to the broader labor market.

National inflation data from across Europe still came in weaker than expected, however.

Sterling remained under pressure as the governing Conservative Party began its annual conference against a backdrop of growing accusations of impropriety against Prime Minister Boris Johnson.

Weekend reports fleshed out earlier insinuations that Johnson had an affair with a U.S. entrepreneur whose companies received over 110,000 pounds ($137,000) in government grants, while separate reports alleged he sexually assaulted two female journalists at the same lunch 20 years ago.

Johnson denies all the allegations.

In the background, opposition parties and rebel Tory lawmakers continue to work on their plans for a “government of national unity” that would likely call a second referendum on Brexit if and when it topples Johnson’s minority government with a no-confidence vote.