(Bloomberg) -- The coronavirus pandemic ripped through the economy with frightening speed, spurring job losses in every U.S. state in April. The largest deterioration in the labor market occurred in Michigan, Vermont and New York.

In Michigan, payrolls plummeted 22.8%, or a little more than 1 million, from the prior month to 3.4 million, according to Labor Department report Friday. Vermont, with a much smaller population, registered a 19.6% decline, while employment in New York slumped 18.8%.

Meanwhile, unemployment rates in 43 states were the highest in records back to 1976. The jobless rates in Nevada and Hawaii exceeded their previous records by more than 10 percentage points each. Unemployment in Nevada jumped 21.3 percentage points to 28.2%, while Hawaii’s climbed 19.9 points to 22.3%. Michigan posted the third-largest increase -- an 18.4 point rise to 22.7%.

The state data offer a more granular look at the 20.5 million job losses seen across the nation in April -- 10 times the previous record decline, according to the Labor Department’s monthly jobs report. The unemployment rate jumped to 14.7%, the highest in government records dating back to the 1940s.

While the job losses in Oklahoma, Arkansas and Wyoming and still numbered in the thousands, those states saw the slowest paces of deterioration in payrolls. Employment dropped by around 8% in those states from a month earlier. Meanwhile, jobless rates remained in single digits in just eight states, with Connecticut registering the lowest at 7.9%.

With all 50 states open this weekend, at least in part, future releases should offer a more nuanced view of recovery. 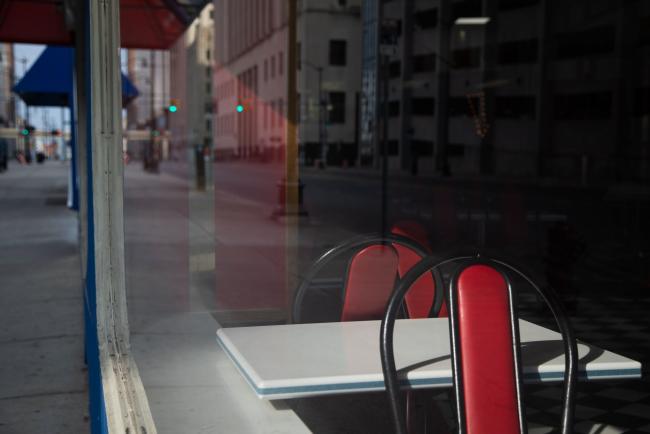