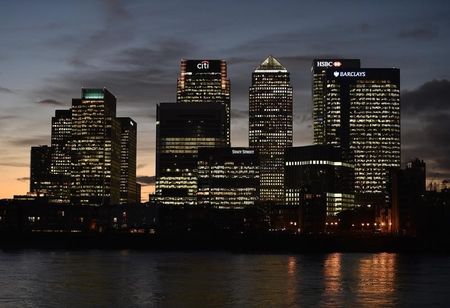 * ASTRAZENECA: AstraZeneca AZN.L and Daiichi Sankyo's
4568.T Enhertu has been approved in the United States as a
therapy for patients with previously treated HER2-positive
advanced gastric cancer, the British drugmaker said on Monday.
* CENTRICA: British utility Centrica Plc CNA.L said on
Monday Chief Financial Officer Johnathan Ford will step down
from the role and leave the company on Jan. 31. * ONE MEDIA IP GROUP: British songwriter and producer Ian
Levine has sold his producer royalties from a few tracks of the
English pop group "Take That", including "A Million Love Songs"
and "I Found Heaven", to One Media iP Group OMIP.L , the
digital music publisher and distributor said on Monday.
* DELIVEROO: UK's Deliveroo said on Sunday it had raised a
further $180 million from existing investors, including minority
shareholder Amazon AMZN.O , in a move that values the business
at more than $7 billion. * BT GROUP PLC: British telecoms operator BT BT.L is
facing a claim for almost 600 million pounds ($800 million)
lodged by a consumer campaign group. * ASTRAZENECA: Brazilian health regulator Anvisa on Sunday
approved emergency use of COVID-19 vaccines from China's Sinovac
Biotech Ltd SVA.O and Britain's AstraZeneca AZN.L , clearing
the way for immunizations as the pandemic enters a deadly second
wave. * ECONOMY: Britain's government hopes to ease some lockdown
restrictions in March as it presses ahead with Europe's fastest
rollout of COVID-19 vaccines, foreign minister Dominic Raab said
on Sunday. * GOLD: Gold prices steadied after dropping to their lowest
in 1-1/2 months on Monday, as prospects of a massive U.S.
coronavirus relief aid outweighed a stronger dollar and lifted
bullion's appeal as an inflation hedge. * OIL: Oil prices fell on Monday, extending losses that last
week ended a rally driven by production cuts and strong Chinese
demand, with the market's recovery outlook being called into
question as coronavirus infections rise. * The UK blue-chip index .FTSE closed 1% lower on Friday,
with growth-sensitive mining .FTNMX1770 , energy .FTNMX0530
and bank .FTNMX8350 stocks leading the decline. * For more on the factors affecting European stocks, please
click on: LIVE/
TODAY'S UK PAPERS
> Financial Times PRESS/FT
> Other business headlines PRESS/GB