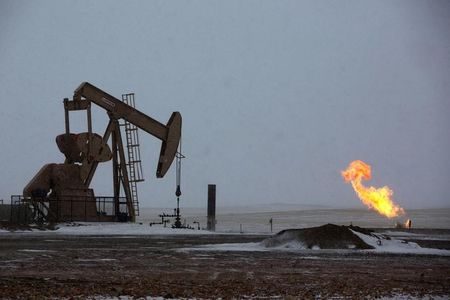 (Corrects day of week in first paragraph, and share price
milestone as lowest this year, not in one-year, in final
paragraph)
* Shell to transform Tabangao refinery into import terminal
* Government sees no impact on local fuel supply
* Pilipinas Shell shares slump to lowest this year

By Enrico Dela Cruz
MANILA, Aug 13 (Reuters) - The Philippine unit of Royal
Dutch Shell said on Thursday it will permanently shut one of the
country's two oil refineries, blaming a pandemic-led slump in
margins, with other regional closures likely to follow,
according to analysts.
Pilipinas Shell Petroleum Corp said its
110,000-barrel-per-day Tabangao facility in Batangas province,
which began operations in 1962, was no longer economically
viable and would be turned into an import terminal.
Singapore's complex refining margin DUB-SIN-REF , the
bellwether in measuring profitability at Asian refineries, has
been mostly negative since March prompting many refiners to cut
output or temporarily shutter operations.
In the United States and Europe, refiners are permanently
halting processing or weighing lasting shutdowns.
"We definitely see the possibility of more closures in Asia
over the next 6-12 months," said Mia Geng, consultant at FGE,
adding that refineries in Japan, Australia and New Zealand could
be likely candidates for closure.
"Given the uncertainties in demand and our subdued margin
outlook, it would be challenging for those less complex and
efficient refineries to continue running."

The permanent closure of Tabangao comes after both of the
Philippines' refineries halted operations as coronavirus
lockdowns pummelled oil demand. "Due to the impact of the COVID-19 pandemic on the global,
regional and local economies, and the oil supply-demand
imbalance in the region, it is no longer economically viable for
us to run the refinery," Pilipinas Shell President and Chief
Executive Officer Cesar Romero said in a statement.
The other local refinery, Petron Corp's PCOR.PS
180,000-bpd facility in Bataan province, has been on a scheduled
turnaround since May for maintenance. Energy Secretary Alfonso Cusi sought to allay concern over
domestic fuel supply saying Pilipinas Shell is expected to fill
its market share through imports of refined products.
But a Singapore-based gasoil trader said that imports may
not happen anytime soon.
"I think they will import a bit more (gasoil) now. But
demand is substantially disrupted due to the reoccurring
COVID-19 situation."
Wood Mackenzie research director Sushant Gupta said in a
note the challenging environment would put pressure on weaker
Asian refineries, particularly ones in mature markets, or with
little or no integration with petrochemicals.
"We could see closures becoming a reality in many markets,"
he said.
Pilipinas Shell booked a net loss of 1.2 billion pesos
($24.55 million) in the second quarter, narrower than its
January-March net loss of 5.5 billion pesos. Its shares fell as
much as 6.9% to 16.30 pesos, the lowest this year.