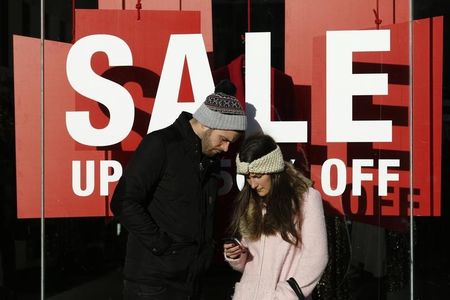 (For a live blog on European stocks, type LIVE/ in an Eikon
news window)
July 27 (Reuters) - European shares fell on Monday as travel
stocks slumped in early deals after Britain imposed a quarantine
on travellers returning from Spain because of a surge of
coronavirus cases.
The pan-European STOXX 600 .STOXX fell 0.5% by 0718 GMT
after recording its first weekly fall in four on Friday.
Travel & leisure .SXTP slumped 3.2%, with UK-based
airlines and tour operators such as TUI AG TUIGn.DE TUIT.L ,
Easyjet Plc EZL.L , British Airways-owner IAG SA ICAG.L
falling between 8% and 13.5%.
Europe's biggest holiday company TUI said on Sunday it had
decided to cancel all holidays to mainland Spain up to and
including Sunday Aug. 9. Spanish stocks .IBEX fell 1.2%, while the Irish stocks
benchmark .ISEQ dropped 1.4% after airline Ryanair RYA.I
said it was impossible to say whether it might turn an annual
profit due to the impact of the COVID-19 pandemic. Germany's DAX .GDAXI was among the few gainers, helped by
a 2.9% gain for software group SAP SE SAPG.DE after it
announced plans to spin off and float Qualtrics, the U.S.
specialist in measuring online customer sentiment.