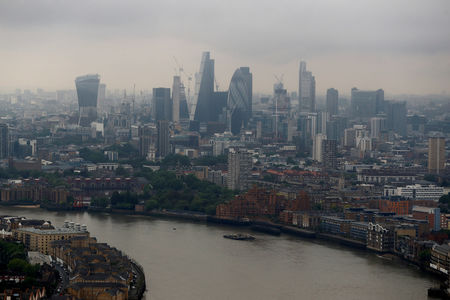 Investing.com - European stock markets edged lower Monday, as the partial reopening of factories across China was offset by signs of greater concern about the disease in Europe.

The U.K. on Monday declared the virus a "serious and imminent" threat to public health, a measure that allows for the forcible quarantining of people suspected of carrying the disease. That follows growing fears of 'superspreader' events, illustrated by the confirmation of five cases in a French ski resort at the end of last week. The disease's symptoms can remain undetected for 14 days, and the cases in the resort were traced back to a single British business traveller to Singapore, who had apparently re-entered the U.K. while showing no symptoms.

Workers in China travelled back to offices and factories around the country after the extended Lunar New Year holiday, A report that Apple’s main manufacturer, Foxconn, got the green light to resume some production has helped the overall tone, but a large number of workplaces still remain closed and many white-collar workers will continue to work from home. Elsewhere though, Kia Motors said it would stop production at all three of its sites in South Korea due to shortages of components, while over the weekend, Bloomberg reported that major copper producers were in talks with Chinese customers to let them defer purchases due to the collapse in near-term demand.

The Chinese government pledged $10 billion to help fight the virus while the People’s Bank of China moved to keep liquidity ample Monday through reverse-repurchase agreements.

Even so, the death toll from the disease has officially overtaken that of the SARS outbreak almost two decades ago. China reported an additional 89 deaths on Sunday, bringing the total number of deaths in the mainland to 908, with over 40,000 people affected.

The death of a whistleblower doctor last week and the disappearance of citizen journalists in Wuhan who were reporting on the outbreak have also raised suspicions that the scale of the outbreak may be being understated.

Turning back to Europe, in corporate news, shares in Daimler (DE:DAIGn), the maker of Mercedes-Benz cars and trucks, rose 0.4% following a report that the German luxury carmaker plans to cut up to 15,000 jobs to cut costs in the face of a global demand slowdown.

The group had said in November that it would cut at least 10,000 jobs and reduce staff costs by around 1.4 billion euros ($1.5 billion) by the end of 2022, but the newspaper Handelsblatt reported that these numbers would be significantly exceeded.

Also, shares in Exor (MI:EXOR) climbed 4.1% after Reuters reported the investment group, which controls carmaker Fiat Chrysler, is in exclusive talks to sell reinsurer PartnerRe to France’s Covea in a deal which could be worth around $9 billion.

Elsewhere, the oil market has edged lower Monday, after posting a fifth straight weekly loss last week. Combined losses over five weeks stood at more than 22% for both benchmarks, leaving them in bear market territory.