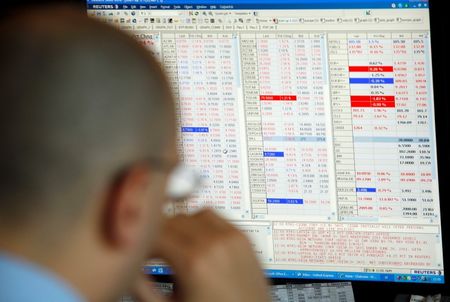 (Bloomberg) -- Japan’s top banks forecast the biggest bad-loan costs since the aftermath of the global financial crisis, joining other global lenders in bracing for the fallout from the coronavirus pandemic.

Banks worldwide are setting aside billions of dollars to prepare for a wave of defaults as the coronavirus triggers potentially the worst global recession since the Great Depression. Interest-rate cuts around the world are compounding the misery for Japanese banks, which have been expanding loans abroad to make up for negative rates at home.

For years, Japanese banks have relied on low credit costs to prop up earnings as rock-bottom rates erode lending profitability. They have also been booking gains from sales of shares held in corporate clients -- something that’s becoming tougher after equity markets tumbled this year.

One bright sign for investors is the lenders all pledged to at least maintain dividend payments, with Sumitomo Mitsui planning an increase in the current fiscal year. That confirmed analysts’ expectations even after some overseas rivals were forced to curb or withhold payouts at the behest of regulators.

Another is the prospect of Japan reopening parts of its economy as new virus cases decline. The government is lifting a state of emergency in most prefectures earlier than scheduled and will evaluate next week whether do the same in major cities including Tokyo.

Mizuho CEO Tatsufumi Sakai said his bank’s projections for a 29% drop in profit this year were based on the assumption that the economy will bottom out by the end of the next quarter. Similarly, MUFG’s forecast was based on a slow U-shaped recovery.

Data next week is likely to confirm that Japan is in a deep recession, with analysts estimating the economy shrank an annualized 4.5% in the first three months of the year. Gross domestic product is expected to plunge 21.5% in the current quarter.

The banks are seeing strong loan demand, as businesses scramble to secure funding to weather the economic storm. Loans at major lenders grew the most since 2009 in April, Bank of Japan figures showed this week.

That may not be sustained because companies will have little incentive to spend during the slump.

“In the very short term, large corporates do have liquidity needs,” said Michael Makdad, an analyst at Morningstar Inc. in Tokyo. “You get a short-term boost, but after that things slow down.” 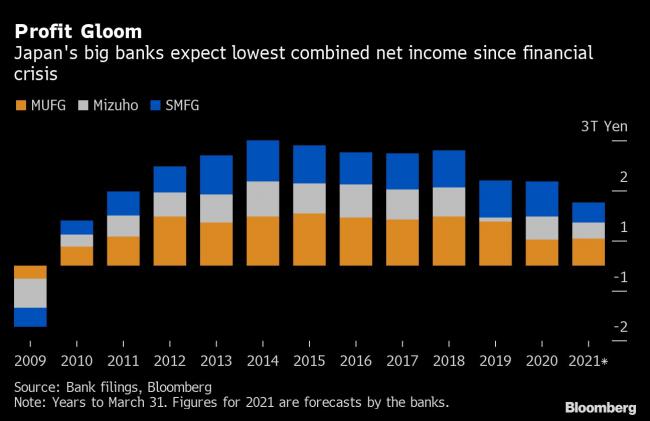