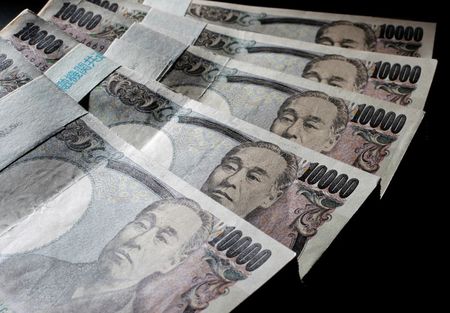 By Tom Arnold
LONDON, Aug 14 (Reuters) - Global shares dipped on Friday as
euro zone data offered little cheer for investors already
worried about lacklustre Chinese economic numbers and a delay in
U.S. fiscal stimulus.
European shares were also dragged lower by a hit to travel
stocks after Britain added more European countries to its
quarantine list, including neighbouring France. The pan-European STOXX 600 .STOXX was down 1.2%, although
still on track to gain for a second straight week.
MSCI's world index .MIWD00000PUS was 0.3% lower, drifting
further from all-time highs touched in February. The index has
still rallied close to 50% from March's trough in the wake of
the COVID-19 pandemic.
"The rally was over-extended and most of the good news is
already priced in," said Francois Savary, chief investment
officer at Swiss wealth manager Prime Partners.
"There are no more positive than expected earnings, and
we're back to the macro background and the checking of the data
regularly to see if the recovery is sustainable. Markets are
pricing a lot of good news and we will be entering a period of
volatility with the U.S. elections coming up."
The euro zone reported the biggest drop it had ever recorded
in employment in the second quarter. Data also confirmed a
record drop in gross domestic product last quarter and a
widening in the euro zone's trade surplus with the rest of the
world. Investors focus next switches to U.S. retail sales figures
at 1230 GMT.
Data showing a slower-than-expected rise in Chinese
industrial production and a surprise fall in retail sales put
Asian shares on the defensive. MSCI's broadest index of Asia-Pacific shares outside Japan
.MIAPJ0000PUS fell 0.2%, although shares in Japan .N225 rose
0.2%.
Chinese shares .CSI300 rose 1.5% in choppy trade, with the
data suggesting domestic demand is still struggling after the
coronavirus outbreak. E-mini futures for the S&P 500 EScv1 were 0.1% negative.
The benchmark German 10-year Bund yield DE10YT=RR fell to
-0.42% after rising for three sessions and having touched a
six-week peak in early trade. Yields on U.S. Treasuries remained elevated after an auction
of 30-year bonds on Thursday met weak demand.
Further equity gains are likely to be limited as investors
await progress in negotiations over U.S. economic stimulus,
which is necessary to prevent a nascent recovery in the world's
largest economy from sliding into reverse.
Some traders stuck to the sidelines before a meeting between
U.S. and Chinese officials about their Phase 1 trade deal on
Saturday. Spot gold XAU= fell 0.3% to $1,948.12 as high U.S.
Treasury yields prompted investors to reassess their positions.
Bullion has declined more than 4% so far this week, its biggest
weekly percentage fall since early March.
Data on Thursday showed the number of Americans seeking
unemployment benefits dropped below one million for the first
time since the start of the pandemic, but was not enough to
change economists' views that the jobs market is faltering.
U.S. Treasury yields also supported the U.S. dollar, which
held steady and was close to snapping a seven-week losing streak
against the risk-sensitive Aussie AUD=D3 . The yen JPY= was
set for its worst week against the greenback in two months and
down about 0.9% at 106.74 from last Friday's close.
The dollar was headed for an eighth consecutive week of
losses, its longest weekly losing streak since June 2010,
according to a Refinitiv =USD index. Oil recovered from early losses, with Brent crude LCOc1
flat at $44.96 and U.S. West Texas Intermediate CLc1 also
largely unchanged at $42.24. O/R