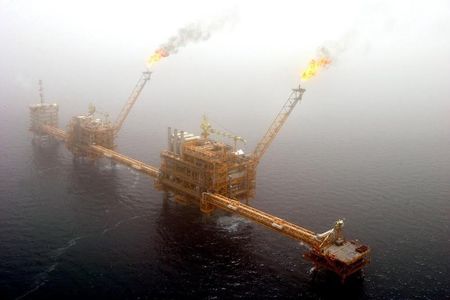 By Jessica DiNapoli
NEW YORK, May 15 (Reuters) - U.S. stocks sank on Friday
after data showed a worse-than-expected drop in retail sales and
as investors worried about increased Sino-U.S. trade
hostilities, while signs of a pick-up in demand helped boost oil
prices.
The U.S. Commerce Department said Friday retail sales
plunged 16.4% last month, the biggest decline since the
government started tracking the figures in 1992.
The collapse in retail sales, a significant portion of the
U.S. economy, added to a historic 20.5 million job losses last
month, underscoring the severity of the economic slump that
analysts warn could take years to recover from. “From bad to worse to worst, the U.S. economy is in the
midst of an outright economic free-fall," said market analyst
Christopher Vecchio at Dailyfx.com. "Despite what the U.S.
Treasury yield curve has been signaling – less than a 20% chance
of a recession within the next 12-months – it's obvious that
fears of a major economic contraction are well-founded."
Oil prices, however, rose to their highest levels in more
than a month LCOc1 CLc1 on signs that demand from China is
picking up and data showing China's industrial output in April
expanded for the first time this year. But news that the Trump administration has moved to block
shipments of semiconductors to Huawei Technologies HWT.UL from
global chipmakers could ramp up tensions with China tempered the
upbeat mood. The Dow Jones Industrial Average .DJI fell 146.75 points,
or 0.62%, to 23,478.59, the S&P 500 .SPX lost 22.38 points, or
0.78%, to 2,830.12 and the Nasdaq Composite .IXIC dropped
82.30 points, or 0.92%, to 8,861.43.
After a bruising week, a broad measure of European stocks
.STOXX was set to end the week almost 4% lower - the biggest
weekly fall since the mid-March rout in global stocks as the
coronavirus crisis spread worldwide.
MSCI's world stock index .MIWD00000PUS , a touch firmer on
Friday, is down around 2.7% this week and also set for its
biggest weekly drop since March.
Analysts said this week's decline, while a natural
correction after a rally since mid-March, also reflected growing
concerns about rising U.S.-China tensions.
U.S. President Donald Trump on Thursday signaled a further
deterioration in his relationship with China over the novel
coronavirus, saying he had no interest in speaking to President
Xi Jinping and suggesting he could even cut ties with Beijing.
"There is no doubt that the optics around the
trade/diplomacy backdrop have worsened in the last week and this
has had a negative influence," Chris Bailey, European strategist
at Raymond James in London, said.
U.S. Federal Reserve Chair Jerome Powell has brushed off the
notion that the Fed could push negative rates after futures tied
to Fed interest rate policy expectations began pricing a small
chance of sub-zero U.S. rates within the next year. The 2-year note US2YT=RR last rose 1/32 in price to yield
0.139%, from 0.149%.
Faced with an exceptional hit from the coronavirus crisis,
central bankers are under intense pressure to do more to shore
up battered economies.
The German economy contracted by 2.2% in the first quarter,
its steepest three-month slump since the 2009 financial crisis,
as shops and factories were shut in March to contain the spread
of the coronavirus, preliminary data showed on
Friday. In currency markets, the dollar index =USD fell 0.15%,
with the euro EUR= up 0.33% to $1.084.