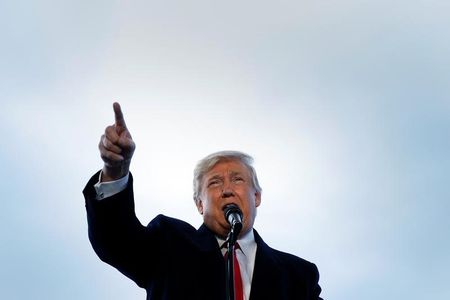 By Ritvik Carvalho
LONDON, Jan 18 (Reuters) - Global stock markets wavered on
Monday as soaring COVID-19 cases offset investor hopes of a
quick economic recovery, even after data showing that the
Chinese economy rebounded faster-than-expected in the fourth
quarter of 2020.
European stocks as measured by the STOXX 600 index .STOXX
struggled for direction, last trading 0.1% higher as of 1446
GMT, after failed merger talks between French retailer Carrefour
CARR.PA and Alimentation Couche-Tard ATDb.TO pulled the
gauge lower at the open. The continent's 50 biggest stocks were
down 0.2% .STOXX50 .EU
In Asia, Chinese blue chips .CSI300 gained 1.1% after the
economy was reported to have grown 6.5% in the fourth quarter,
on a year earlier, topping forecasts of 6.1%. Industrial production for December also beat estimates,
although retail sales missed expectations. "The recovery in domestic demand still lacks a solid
backing," said Lauri Halikka, fixed income and FX strategist at
SEB. "Sporadic virus outbreaks have intensified downside risks
in the near term."
China reported more than 100 new COVID-19 cases for the
sixth consecutive day, with rising infections in the northeast
fuelling concern of another wave when hundreds of millions of
people travel for the Lunar New Year holiday.
Tough new controls in the city of Gongzhuling in Jilin
province, which has a population of about 1 million people,
brings the total number of people under lockdown to more than 29
million. Hallika said the impact of the latest regional lockdowns and
mass testing was likely to be limited and short-lived.
The economic pick-up in China was a marked contrast to the
United States and Europe, where the spread of coronavirus has
hit consumer spending, underlined by dismal U.S. retail sales
reported on Friday.
Poor U.S. consumer spending data last week helped Treasuries
pare some of their recent steep losses and 10-year yields
US10YT=RR were trading at 1.097%, down from last week's top of
1.187%.
The more sober mood in turn boosted the safe-haven U.S.
dollar, catching a bearish market deeply short. Speculators
increased their net short dollar position to the largest since
May 2011 in the week ended Jan. 12. Also evident are doubts about how much of U.S.
President-elect Joe Biden's stimulus package will make it
through Congress given Republican opposition, and the risk of
more violence at his inauguration on Wednesday.

BUBBLE?
Elsewhere, in Asian markets, Japan's Nikkei .N225 slipped
1% and away from a 30-year high.
MSCI'S All Country World Index .MIWD00000PUS , which tracks
stocks across 49 countries, traded 0.05% lower, down for a
second session after hitting record highs only last week.
E-Mini futures for the S&P 500 ESc1 traded flat, though
Wall Street will be closed on Monday for a holiday.
Recent price action in markets has prompted investors to
discuss whether asset markets may be overvalued.
In a monthly letter to clients last week, Mark Haefele,
chief investment officer at UBS Global Wealth Management, said
all of the preconditions for a bubble were in place.
"Financing costs are at record lows, new participants are
being drawn into markets, and the combination of high
accumulated savings and low prospective returns on traditional
assets create both the means and the desire to engage in
speculative activity," he said.
He warned that in the months ahead investors would need to
pay particular attention to "risks of a monetary policy
reversal, rising equity valuations, and the rate of the
post-pandemic recovery".
Haefele said however that while he saw pockets of
speculation, the broader equity market was not in a bubble.
Cryptocurrency bitcoin traded up 1.6%, fetching $36,393.
BTC=BTSP
The dollar index fell 0.06% to 90.818, its strongest since
Dec. 21, =USD , and away from its recent 2-1/2 year trough at
89.206.
The euro traded flat at $1.2072 EUR=EBS , to its lowest
since Dec. 2, while the dollar gained 0.15% against the yen at
103.73 JPY= and well above the recent low at 102.57.
The European Central Bank will this week face more questions
about an increasingly challenging outlook only a month after it
unleashed fresh stimulus to bolster the euro zone economy.

The Canadian dollar eased to $1.2792 per dollar CAD= after
Reuters reported Biden planned to revoke the permit for the
Keystone XL oil pipeline. Biden's pick for Treasury Secretary, Janet Yellen, is
expected to rule out seeking a weaker dollar when testifying on
Tuesday, the Wall Street Journal reported. Gold prices gained 0.3% to $1,833 an ounce XAU= , compared
to its January top of $1,959. GOL/
Crude oil prices ran into profit-taking on worries the
spread of increasingly tight lockdowns globally would hurt
demand, a fall that also dragged the Russian rouble lower by
1.1%. RUB= O/R
Brent crude LCOc1 futures were down 0.1% at $55.03 a
barrel, while U.S. crude CLc1 traded flat at $52.34.