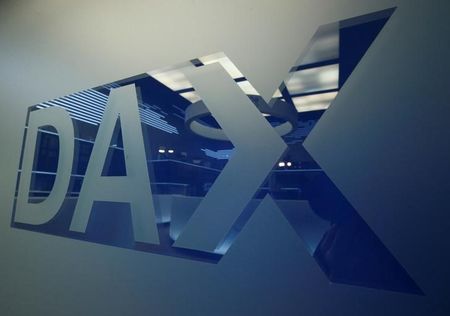 By Tommy Wilkes
LONDON, Dec 31 (Reuters) - European shares fell on Thursday
as lockdowns and rising COVID-19 cases overshadowed the optimism
around the rollout of vaccines in the New Year, while the dollar
fell to a two-and-a-half-year low.
Trading volumes were thin, with many traders away on New
Year's Eve and major European markets closed. Where markets were
open, they failed to follow their Asian peers higher.
UK's FTSE 100 .FTSE fell 1.7% and France's CAC 40 .FCHI
0.4%. U.S. stock futures were 0.15% lower ESc1 , pointing to a
weaker open on Wall Street.
The MSCI World Index .MIWD00000PUS was down on the day as
gains in Asia gave way to the losses in Europe. The index is
headed for a near 14% rise in 2020 after surging more than 60%
from its March lows.
Despite a stimulus-charged rebound since the
pandemic-induced market slump in March, most European markets
have underperformed the United States and Asia, where a series
of record highs have been reached.
The pan-European STOXX 600 .STOXX , which was closed on
Thursday, recorded a 3.8% drop in 2020 as a rapid surge in
coronavirus cases and worries about Brexit curbed improving
sentiment.
Still, despite the rising COVID-19 cases and increasing
unemployment, investors were betting the rollout of vaccines in
2021 will unleash an economic rebound spurred by plentiful
fiscal and monetary cash.
"We still see growth slowing around the turn of the year and
the recovery will still face headwinds in the coming quarters,
but 2021 is shaping up to be better still than our already
strong global outlook—led by a stronger U.S.," JP Morgan
economists said in a research note.
Among the biggest developments in markets in 2020 has been
the dramatic drop in the dollar. On Thursday, it hit its lowest
since April 2018 and is now down 7.2% against a basket of
currencies =USD , its worst annual performance since 2017.
The dollar's weakness, driven by bets that the Federal
Reserve will keep interest rates very low, has helped rival
currencies.
The euro has been a big beneficiary and is up 10% in 2020
and was above $1.23 on Thursday EUR=EBS .

Markets barely flickered at the news that China had approved
its first COVID-19 vaccine for general public use.
Gary Ng, an economist at Natixis in Hong Kong, said the
limited impact on the yuan and Chinese equities showed markets
had become immune to this sort of news.
"For the market to react more strongly in 2021, large-scale
(vaccine) rollouts with positive outcomes are needed," he said.
Bitcoin's rally paused, rising 0.3% BTC=BTSP to just under
$29,000. The world's largest cryptocurrency has almost
quadrupled in value this year amid heightened interest from
bigger investors.
Oil prices retreated as swelling year-on-year supply led
some traders to view any economic recovery ahead to be gradual
rather than swift.
U.S. West Texas Intermediate crude CLc1 shed 0.48% to
trade at $48.17 a barrel, far below about $62 at the start of
2020, and Brent LCOc1 was trading down 0.54%, at $51.35. O/R
Gold XAU= was little changed at $1,892 an ounce. It has
risen 24% this year, its best showing since 2010, as investors
looked to safe havens, protection against inflation and as the
dollar wilted.
Treasuries were little changed, with benchmark U.S. 10-year
yields US10YT=RR at 0.9264% and two-year yields US2YT=RR at
0.123%.