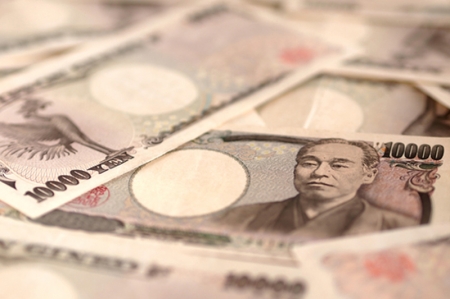 NEW YORK, Dec 29 (Reuters) - Asian shares retreated on
Wednesday as investors cashed in on a recent rally, while the
euro flirted with highs not seen in more than 2-1/2 years on as
hopes of a gradual global economic recovery supported demand for
riskier currencies.
Australian shares .AXJO lost 0.79% while Japan's Nikkei
share average .N225 lost 0.03% after jumping to a 30-year high
on Tuesday.
Hong Kong's Hang Seng index futures .HSI HSIc1 were up
0.11%, however, while E-Mini futures for the S&P 500 ESc1 were
little changed.
Shares on Wall Street had pulled back from record highs
overnight as uncertainty about whether the U.S. Senate would
authorize additional stimulus checks gave investors a reason to
take profits. .N
The U.S. Senate's vote on the additional checks appeared to
be delayed by early Wednesday morning Asia time, while news that
the United States has detected its first-known case of a highly
infectious coronavirus variant could give investors more reason
to cash in gains. But in a sign that markets are not avoiding risky assets
across the board, the U.S. dollar struggled as investors
favoured riskier currencies.
The euro EUR=EBS was steady at $1.2255, after climbing
overnight to a high of $1.2275, a level last seen in April 2018.
Traders said the common currency appeared well-supported at
$1.2200 and $1.2165.
"The start of COVID-19 immunization campaigns in several
countries as well as additional U.S. fiscal support reduce
downside risk to the global economy and bode well for general
financial market sentiment," analysts at Commonwealth Bank of
Australia said in a note.
The Australian dollar AUD=D3 was steady at $0.7609, within
sight of a 2-1/2-year high of $0.7639, while sterling GBP=D3
traded sideways at $1.3500. The Japanese yen JPY= was little
changed at 103.55, with some traders predicting it will be
pinned between the 103.00-104.00 range for now.
Investors are betting that the dollar is entering a
downtrend in the foreseeable future as a recovery in the global
economy next year leads them to shun so-called "safe-haven"
assets such as the greenback.
The U.S. dollar was listless against a basket of major
currencies =USD , losing 0.29% to stand at 89.982, within
spitting distance from a 2-1/2-year low of 89.72. USD/
A sluggish dollar supported gold XAU= , with bullion prices
steady at $1,877.11 an ounce. GOL/
Oil prices rebounded overnight as investors hoped that an
expanded U.S. pandemic aid stimulus would spur fuel demand and
stoke economic growth.
U.S. West Texas Intermediate crude CLc1 futures were up
0.23% at $48.11 a barrel. O/R
Treasuries were little changed after trading sideways
overnight in thin trade amid the year-end holidays. U.S.
two-year yields US2YT=RR were steady at 0.1289% and benchmark
10-year yields stood at 0.9347%. US/