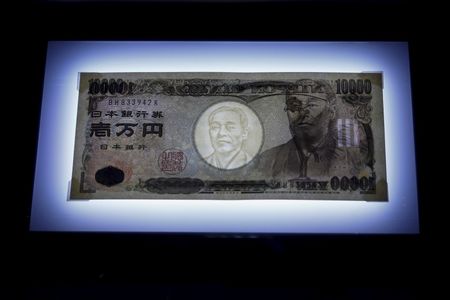 By Nikhil Nainan
Aug 11 (Reuters) - Thailand and South Korea led gains for
most of Asia's emerging currency and stock markets on Tuesday,
bolstered by recent signs of an improving economic landscape in
China and further heavy inflows of foreign capital.
In Bangkok, shares .SETI climbed 1.6%, while in Seoul
.KS11 investors shrugged off initial export data for August
that showed double-digit falls to gain for a seventh straight
session. U.S. President Donald Trump fuelled further tensions with
Beijing last week with his sweeping bans on U.S. transactions
with the Chinese owners of social video platform TikTok and
messaging app WeChat.
But markets across Asia have proven relatively sanguine
ahead of an update on the Phase 1 trade deal by the two sides
this weekend.
"Despite a rather direct attack on Chinese social media
companies, TikTok and WeChat - now facing a ban in US after
Trump's executive order - the sense is that commercial solutions
may avert a political collision," Mizuho analysts wrote in a
client note.
They also argued that U.S. sanctions on Chinese officials,
including Hong Kong Chief Executive Carrie Lam, while likely to
draw some retaliation, may avert an all-out confrontation with
China.
On the ground, the world's second-biggest economy is showing
encouraging signs of recovery after emerging from
coronavirus-led lockdowns earlier than most, but data across the
region makes for a grim reading.
Singapore's second-quarter gross domestic product plunged by
42.9% from the prior quarter on an annualised and seasonally
adjusted basis, in a contraction that was sharper than
previously thought.
The city-state also warned of a slow recovery and Barnabas
Gan, an economist at UOB, warned that "brewing geopolitical and
trade tensions in the background, are key drags to Singapore's
recovery" in the second half. Catching up after a holiday on Monday, the stock market
.STI , lost momentum by the afternoon and dipped into the red,
falling 0.9%.
With global trading volumes subdued by summer holidays in
New York and London, most currencies also inched higher against
the dollar.
The absence of fresh U.S.-China flashpoints overnight helped
the mood as investors awaited talks between Beijing and
Washington on Saturday over their trade deal.