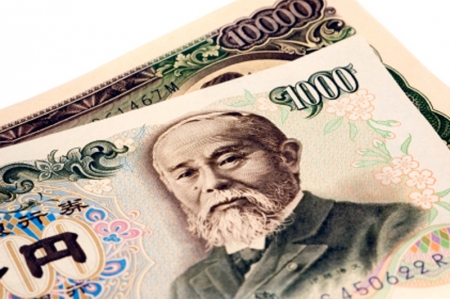 By Rashmi Ashok
July 1 (Reuters) - The Indonesian rupiah eased on Wednesday
as prospects of a rate cut increased after inflation came in
below the central bank's target range, while broader Asian
stocks struggled to retain gains as rising coronavirus cases in
the United States weighed.
The rupiah IDR= fell 0.5% and was set for its
fifth-consecutive drop. Data showed Indonesia's inflation rate
slowed further in June to 1.96%, just below the central bank's
target range of 2% to 4%, fuelling expectations of more easing.
"Weak price pressures support the case for a further rate
cut by Bank Indonesia in the third quarter, but the timing will
also be dependent on rupiah stability," analysts at ANZ Research
wrote.
They added they expect a 25 basis point cut, which if
occurs, will be the fourth this year.
The currency is already under pressure after the central
bank on Monday agreed to buy low-yielding bonds, including those
with zero yield, to help the government finance a bloated fiscal
deficit. Bank Indonesia's purchases may stabilise the bond market,
but may undermine its main policy goal of rupiah stability if
debt monetization risks take hold or credit rating risks
surface, analysts at Mizuho wrote in a note.
The Philippine peso PHP= slipped 0.2%, in part from a
surprise 50 basis point rate cut last week that sapped
appreciation in the currency and sent 10-year bonds yields
PH10YT=RR diving half a percentage point at the start of the
week to 2.8%.
Still, a bond auction on Monday was oversubscribed,
indicating investor willingness to buy the country's relatively
higher yielding bonds despite the rate cut.
Elsewhere, Asian stocks struggled to make headway as the
biggest one-day surge in coronavirus cases in the United States
since the start of the pandemic dented an initial boost from
data showing China's factory activity grew at a faster pace in
June. Adding to concerns, the first arrest was made in Hong Kong
under China's sweeping national security law aimed at increasing
its control on the financial hub. Singapore's stocks .STI traded 0.7% higher while South
Korean shares .KS11 turned negative, after gaining over 1%
earlier. Indonesian stocks .JKSE also slipped.
Chinese stocks .SSEC were the top performers, adding about
1.4%.