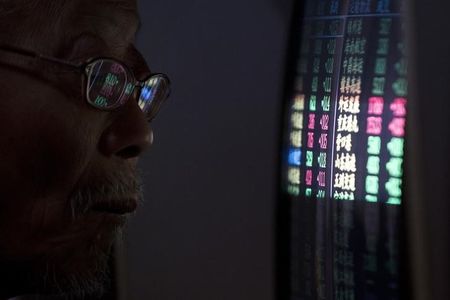 Oct 1 (Reuters) - Singapore, Philippines, Indonesia and
India all climbed 1% and led gains among Asian stock and
currency markets in holiday-thinned trade on Thursday, as the
mood among investors globally was bolstered by signs of progress
on U.S. fiscal stimulus.
A slew of holidays saw markets in China, South Korea, Taiwan
and Hong Kong closed, while technical glitches in Tokyo prompted
the bourse to suspend trading for the day. Singapore stocks .STI climbed by their most since August
and Manila's .PSI 1.4% jump was its biggest in more than three
weeks as a survey showed factory activity PHPMI=ECI was back
in growth territory for the first time since February.
"Global risk appetite benefited from positive noises around
a stimulus deal from Washington," Stephen Innes, chief global
market strategist at Axi, said in a note.
U.S. Treasury Secretary Steven Mnuchin and House Speaker
Nancy Pelosi said on Wednesday that progress was being made on a
$2.2 trillion relief plan, supporting late gains on Wall Street.
The news also helped send the dollar, by far investors'
favourite safe haven, to a one-week low, bolstering currencies
across the region.
Trade data from South Korea, showing exports rising for the
first time in seven months in September, also added to positive
signals from the Chinese economy earlier in the week.

The region's only monetary event is a Philippine central
bank meeting that is expected to keep interest rates unchanged
at a record low of 2.25%, following 175 basis points in cuts
this year. The peso PHP= and bonds PH10YT=RR were little changed.
Analysts say markets have already priced in a pause and
Jennifer Lomboy, a fixed income fund manager at First Metro
Asset Management, said dovish commentary will be "highly
welcomed by both equities and fixed income markets."
The government on Wednesday sought $11 billion in funding
support from the central bank. "In terms of liquidity, it'll add more funds into the system
for the duration of the repurchase agreement but will not likely
lead to upward pressure on rates given that it's a deal directly
with the central bank," said Nicholas Mapa, a senior Philippine
economist at ING.
A change at the top of Singapore Telecommunications
(Singtel) STEL.SI sent its shares up over 3%, while in
neighbouring Malaysia .KLSE , a sharp drop coming from palm oil
producer FGV Holdings Bhd FGVH.KL after the United States
banned imports from the company over allegations it uses forced
labour, dragged shares lower. Rival Sime Darby Plantation SIPL.KL also fell more than 3%
lower.