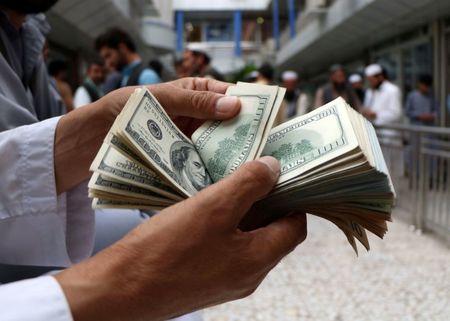 (Bloomberg) -- The tidal wave of dollar liquidity, which eased a global credit crunch, has left Japanese and South Korean bonds reeling in its wake.

Investors funded with the U.S. currency are seeing returns on hedged holdings of these bonds shrink.

Funds that offer dollars in the swap market to borrow yen or South Korea’s won and park the proceeds in short-dated onshore government debt earn a yield of 0.38% and 1.10%, respectively, according to Bloomberg’s analysis. The rates were 2.87% and 3.11% at the start of 2019.

The shrinking returns illustrate how a concerted global push to pump dollars into the world economy has left some investors worse off. As yields decreased, global funds sold more than 8 trillion yen ($74 billion) of Japanese debt in the last two months.

The stress in dollar funding has eased after the Federal Reserve extended liquidity through swap lines to its global peers, including the Bank of Japan and the Bank of Korea. Persistent speculation that U.S. interest rates may turn negative has also undermined the dollar’s premiums in the FX swap market.

While the recent decline in hedged yields has eroded the appeal of South Korean bonds, the notes are still reeling in global funds, thanks to their relative advantage over Treasuries. Investors bought 5.2 trillion won ($4.2 billion) of the debt due in less than a year in April, the most since 2008.

“We recommend looking beyond the usual candidates for yield enhancement to other markets with developed market-like characteristics,” Tom Nash and Himanshu Malik, strategists at HSBC Holdings Plc (LON:HSBA), wrote in a research note last week. “Korea stands out in this respect with relatively elevated bond yields in comparison” with other low-yielding peers, they wrote.