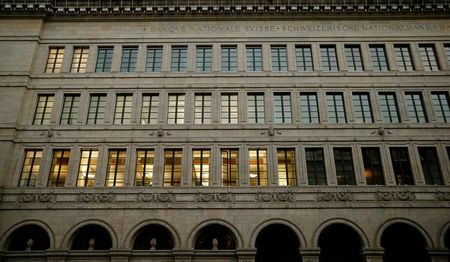 Investing.com -- The Swiss National Bank left its key interest rate unchanged Thursday but took steps to reduce the penalty that banks pay on excess reserves, a week after the European Central Bank took similar action to protect euro zone banks against the harmful side-effects of negative rates. The SNB said the volume of excess reserves that will be remunerated at the penalty rate will be reviewed on a monthly basis.