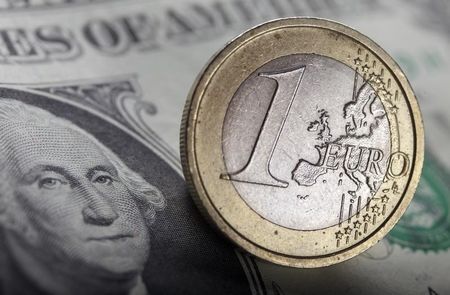 Investing.com -- The euro was stuck near a two-and-a-half-year low after early trading on Thursday, after a fresh surge in coronavirus cases in China added to concerns about the impact of the outbreak on an already weak eurozone economy.

Sentiment toward the euro has been badly hit by the sharpest drop in industrial production in a decade in December, which pointed to the likelihood of recession in both Germany and Italy, the biggest and third-biggest economies in the currency bloc.

Analysts at Barclays (LON:BARC) warned of a “synchronized decline” in output across the region, but noted that it contrasted with an improvement in sentiment surveys in January.

“As surveys point to a (sizeable) rebound in January and the extent of output disruption caused by the outbreak of nCov remains hard to gauge, the picture for manufacturing activity in Q1 remains blurry,” they wrote.

There was no noticeable impact from jobless data in France on Thursday, which showed the unemployment rate fell sharply to 8.1% in the fourth quarter, its lowest since before the financial crisis in 2008.

Overnight, Chinese authorities had revised estimates for cases of the Covid-19 disease by nearly one-third after switching to a new testing methodology. The number of recorded deaths also leaped by over 200. The Communist Party also dismissed its Hubei regional head and its city chief in Wuhan, in an effort to assuage public anger at the way it has handled the crisis so far.

“This outbreak could still go in any direction,” WHO chief Tedros Adhanom Ghebreyesus told a briefing in Geneva on Wednesday.

The greenback was higher against most emerging currencies, however. It hit a nine-month high against the Turkish lira and was up 0.2% against the Chinese yuan at 6.9812.