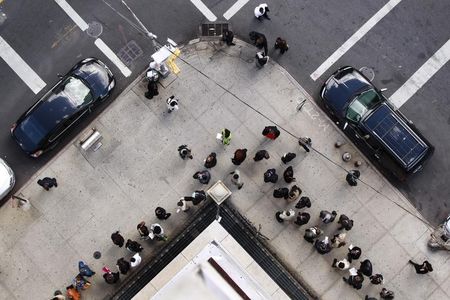 (Bloomberg) -- The U.S. Labor Department’s weekly jobless claims report has yet to reflect at least half a million filings for a federal pandemic program, with data reporting lagging behind payouts.

Florida, Alabama, Arizona, Hawaii and West Virginia are among 18 states that showed zero initial claims under pandemic unemployment assistance, or PUA, in the Labor Department’s weekly report last Thursday. But the same states have actually received at least half a million in combined claims through the program -- established by the CARES Act -- which is aimed at helping those typically not eligible for regular state benefits, including the self-employed and gig workers.

The gulf between the Labor Department’s data and state numbers -- compiled by Bloomberg News through state press releases, comments by officials and related data -- indicates the labor-market hit from the coronavirus may be more widespread than thought. While it doesn’t significantly alter the overall picture of mass unemployment as tens of millions of Americans have filed for benefits since mid-March, the undercounting further complicates closely watched data already beset by other errors and distortions.

The weekly claims report “does give a pretty incomplete picture of exactly what unemployment looks like right now, and not even necessarily how many people have lost jobs, but how many people are just not earning an income that they were used to earning before,” said Citigroup Inc (NYSE:C). economist Veronica Clark.

The figures out each week have gained renewed attention for showing the depth of the economic damage from the coronavirus pandemic, as well as signs that a recovery is starting as business restrictions ease. The latest data, due Thursday -- ahead of the May payrolls report out Friday -- are set to show initial claims slowed to 1.8 million last week.

“States have been focusing on implementing the new programs and working through unprecedented claims volumes and some of the newer reporting has been delayed by the efforts to get benefits to the claimants that need them,” a spokesperson for the Labor Department said in an email. The agency added that the abilities to report in the first few weeks and months of a new emergency program “typically vary across states and the current situation is no exception.”

Bloomberg’s compilation of at least half a million uncounted PUA claims is based in part on applications filed since the week ended May 23, which covered the most recent federal report issued last week.

The Labor Department’s weekly report tracks an overall figure of initial PUA claims filed in any given week, but it’s based on incomplete data -- in fact, just 32 states in last week’s report, for a total of 1.19 million in the week ended May 23. Any state that doesn’t report data that week is labeled with a zero.

The department said it’s working with states to gather the missing figures to include in the weekly tally.

The PUA claims are separate from the more widely-watched headline figure on initial claims in regular state programs, which were 2.12 million in the week ended May 23.

When the CARES Act created the PUA program in late March, state unemployment offices often had to create entirely new systems and portals to accept and administer the benefits.

Alaska, which has received more than 10,000 of these claims, approached the new program in three stages, according to Clifford Napier, assistant director of unemployment insurance at Alaska’s Division of Employment and Training Services. The state is accepting PUA applications, and paying them out, but just not reporting the activities yet, said Napier, who expects work on the program for PUA data reporting to be complete either this week or next week.

A spokesperson for Alabama’s Department of Labor said the state has had some unspecified challenges reporting the figures to the U.S. Labor Department, but hopes to have the issues resolved this week. Over a six-week period, the state received more than 55,500 initial claims for PUA benefits.

Another issue occurs when state numbers for PUA claims aren’t readily available at the beginning of the week. That’s what happened with Maine’s figure in last week’s report, according to Jessica Picard, a spokesperson for the Maine Department of Labor.

The result: the federal report showed zero initial PUA claims from Maine for the week ended May 23, even though Maine later reported it had 20,500 for that week.