Top 5 Things to Know in the Market on Monday, June 8th

Top 5 Things to Know in the Market on Monday, June 8th 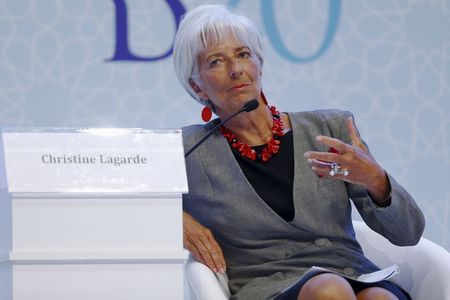 Investing.com -- ECB head Christine Lagarde will face a grilling about the latest largess from the central bank, while Wall Street is set to open higher, continuing the recent positive trend. Crude oil posted more gains as major producers agreed to limit output for another month, while speculation has emerged about a huge meger in the healthcare sector. Here’s what you need to know in financial markets on Monday, June 8th.

All eyes will be on European Central Bank head Christine Lagarde later Monday as she testifies, via satellite link, before the European Parliament Economic and Monetary Affairs Committee.

Lawmakers will have the opportunity to ask questions about the reasons behind the ECB’s larger-than-expected increase in its emergency bond buying stimulus program. Investors will be looking for clues on whether the ECB plans to ease monetary policy even further.

The ECB padded its emergency bond-buying fund by another 600 billion euros ($680 billion) at its meeting last Thursday, and it’s easy to see why given the depth of the region’s slowdown illustrated by the almost 18% slump in Germany’s industrial production data in April.

However, she could face some tricky questions over this additional stimulus after the German top court ruling that the European Central Bank abused its power in earlier bond purchases.

AstraZeneca (NYSE:AZN), the British-Swedish pharmaceutical giant, approached U.S. rival Gilead Sciences (NASDAQ:GILD) about a potential tie-up last month, according to a report by Bloomberg over the weekend.

Such a deal would result in the biggest healthcare merger to date, creating a partnership worth around 200 billion pounds ($250 billion).

The two companies are among a host of firms racing to develop a vaccine for Covid-19, while Gilead’s antiviral drug Remdesivir is seen as a leading treatment for patients suffering from the effects of the virus.

Both companies have declined to comment on the report, but doubts exist as to the likelihood of this tie-up now as AstraZeneca’s valuation could soar given its collaboration with researchers at Oxford University put it at the forefront of the search for a vaccine.

Crude oil prices pushed higher Monday after a group of major producers agreed to extend a deal on record output cuts to the end of July.

Sentiment in the oil market has changed sharply since the Organization of the Petroleum Exporting Countries and its allies, including Russia - collectively known as OPEC+ - agreed in April to cut supply by 9.7 million barrels per day during May-June to prop up prices that collapsed due to the coronavirus crisis.

On Saturday, the group agreed to extend the deal by a third month to the end of July.

The extension had been delayed by the worries of some of the bigger producers, namely Saudi Arabia and Russia, that other countries were playing fast and loose with compliance.

Iraq and Nigeria exceeded production quotas in May and June, but they have agreed to slightly deeper cuts to compensate for their failure to the original agreement.

Investor sentiment also got a boost from Sunday’s Chinese customs data which indicated that the country’s crude imports soared to 11.34 barrels a day, 15% more than April, a positive indication of China’s recovery from the Covid-19 virus.

U.S. stock markets are set to open higher, continuing to push higher as optimism grows about the rebounding of the economy from the shutdown needed to combat the Covid-19  virus.

The Dow Jones Industrial Average and S&P 500 cash indices are now trading at 3.5 month highs, having posted gains for three straight weeks, while the NASDAQ Composite posted an all-time intraday high on Friday.

Friday’s shock gain in payrolls has boosted hope of a V-shaped economic recovery. Adding to the positive news is that New York City, seen as the epicenter of the virus outbreak in the U.S., is to begin its phase one reopening  Monday.

This all puts the spotlight on the U.S. Federal Reserve's monetary policy announcement on Wednesday.

5. Musk doubles down on SpaceX

Elon Musk is in the spotlight again.

Fresh from his SpaceX company launching astronauts for the first time just a few days ago, Musk has urged his SpaceX employees to accelerate progress on its next-generation Starship rocket “dramatically and immediately,” in a company-wide email seen by CNBC.

This is all very exciting, but is there a danger Musk loses focus regarding his Tesla (NASDAQ:TSLA) electric car company?