Top 5 Things to Know in the Market on Monday, June 15th

Top 5 Things to Know in the Market on Monday, June 15th 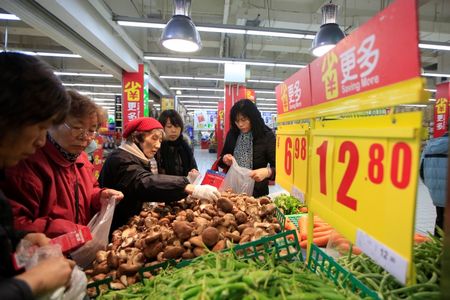 Investing.com -- Fears of a second wave of Covid-19 infections sweep markets after Beijing and Tokyo report a spike in new cases, overshadowing another big step towards reopening in Europe. The dollar advances against emerging currencies and Treasury yields dip, while stocks are set to open lower as a result. BP (NYSE:BP) put out a bleak forecast for oil and gas. Here's what you need to know in financial markets on Monday, June 15th.

The coronavirus refuses to go away. Beijing registered over 80 cases of the Covid-19 virus over the weekend, after going for seven weeks without a single new case. Most were traced to a popular fruit and vegetable market. The authorities responded by placing nearly a dozen residential districts in lockdown.

Chinese data released on Monday also showed the lasting economic scars of the pandemic. May retail sales were still down 2.8% from a year earlier, worse than the 2% drop expected. Industrial production was up 4.4% from a year ago, but that was also short of the 5.0% increase expected.

Elsewhere in Asia, the Japanese capital Tokyo also registered its highest daily number of new cases, 47, since May 5, most of them traceable to nightclubs and bars that had recently reopened.

The dollar recovered its footing, gaining against risk-sensitive currencies on the back of the news out of China.

The buck was stronger against risk-sensitive currencies, including almost all emerging currencies. The yield on the 10-year Treasury bond, meanwhile, dipped as low as 0.65%.

U.S. stock markets are set to open lower in response to the medical and economic news out of China over the weekend, against a backdrop of ongoing concern over the recent rise in new cases in much of the U.S.

Over the weekend, White House economic advisor Larry Kudlow advocated changes to the structure of government handouts to households affected by the virus. Kudlow told CNN that the $600 weekly boost to unemployment benefits should be reduced and redirected to people returning to work.

Among individual stocks, Walmart  (NYSE:WMT) and Shopify (NYSE:SHOP) will be in focus after announcing a strategic partnership over the weekend as the big box retailer aims to bolster its position in e-commerce.

The news on the virus front was not all bad, however. France lifted its state of emergency and its restrictions on people arriving from elsewhere in Europe and said schools will fully reopen by June 22nd.

In the U.K., all retail outlets were allowed to reopen, although the government is still attempting to keep social distancing measures in place.

Fashion chain Hennes & Mauritz (ST:HMb) said its sales in the first half of June were down only 30% from a year earlier, compared to a drop of 50% in May.

5. BP warns of huge writedowns due to lower oil prices

The pandemic’s long-term effects on the oil and gas industry were in evidence, as British major BP (LON:BP) warned it would write down its assets by between $13 and $17.5 billion in the second quarter, to reflect its expectations that oil prices would stay lower for longer.

BP said it expects an “enduring impact” on global demand for oil and gas, noting that many countries will want to “build back better” by favoring renewable and other low-carbon energy sources as overall energy demand recovers.