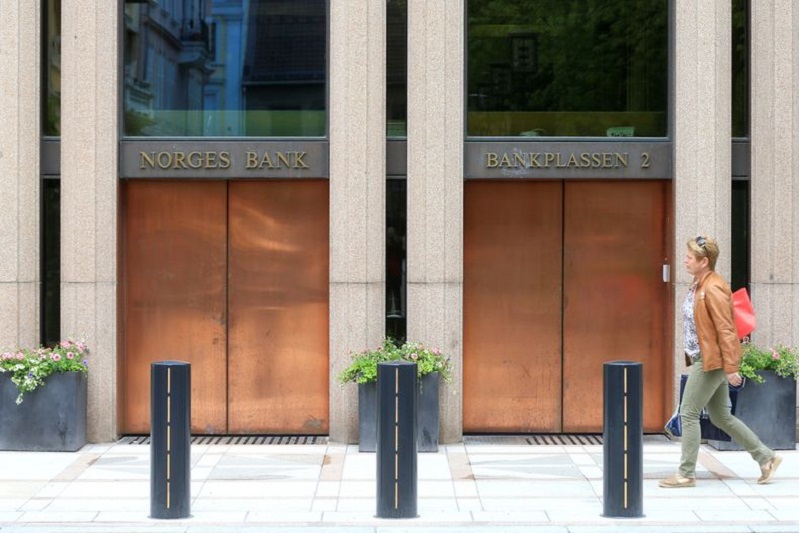 (Bloomberg) -- Norway’s central bank said it still expects to be ready to start raising interest rates as soon as next year, which is earlier than most of its peers.

Norges Bank, which kept its benchmark deposit rate at zero as expected, said there was little reason to adjust its assessment from December, which pointed to the first rate increase in early 2022.

“The committee’s current assessment of the outlook and balance of risks suggests that the policy rate will most likely remain at today’s level for some time ahead,” Governor Oystein Olsen said.

Unlike most of its peers, Norges Bank has steered clear of unconventional measures such as quantitative easing, with much of Norway’s economic stimulus coming via fiscal policy. The government has relied on its $1.3 trillion wealth fund more than ever to boost spending, which has helped shield the economy from the coronavirus crisis.

Meanwhile, Norway boasts the rich world’s lowest real benchmark interest rate. And although headline inflation is below the 2% target, core inflation is well above, at 3%. That’s in part why economists are predicting Norges Bank will move ahead with rate hikes sooner than others.

Norway has also been less affected by the coronavirus pandemic than many other countries, and Prime Minister Erna Solberg has even been able to ease some restrictions as cases recede. The economy probably exceeded the central bank’s growth estimates for the end of 2020, but the timing of a potential rate increase will ultimately depend on how quickly Norway can complete its vaccination program.

Thursday’s announcement by Norges Bank was a so-called interim decision, with no new forecasts and no press conference.