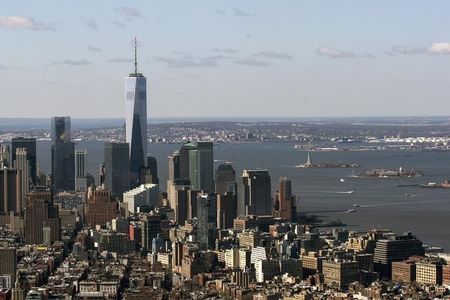 (Bloomberg) -- Job losses and pay cuts roiled all of America since Covid-19 struck last winter, but the depth of the pain depended a lot of where employees lived, their income level and if they had kids.

Almost two-thirds of households in the greater Los Angeles area experienced earnings declines over the past two months compared with 43% in Washington, D.C., where federal-government jobs have been largely protected, according to a new report by the U.S. Census Bureau. In New York City, more than half of residents suffered a drop in income.

Here’s a look at how Americas largest 10 metros have varied:

The pandemic has affected people with lower incomes to a much greater degree than top earners. Generally, those able to work from home have held onto jobs during the sheltering-in-place orders -- a feat not possible for most lower-paying service, retail and blue-collar positions.

Hispanic households experienced the largest income drops in seven of the largest 10 metros, followed by African Americans who saw earnings declines of more than 60% in half of the 10 largest metros.

In all 10 of the largest metros, a larger share of those with more education were able to sustain their incomes. But, the differences vary. In Dallas 67.8% of households with only a high-school education saw earnings fall compared to 45.4% in Houston.

Most people with at least a college degree were able to maintain their salaries in all 10 metros. And less than of third of such households saw incomes fall in Boston, San Francisco and Washington, D.C.

As school buildings shut down, many parents had to spent more time caring for children and less time working. In all 10 metros, households with kids fared worse in maintaining income levels compared with childless homes.