Even Negative-Rate Veterans Are Struggling With Bond Choices

Even Negative-Rate Veterans Are Struggling With Bond Choices 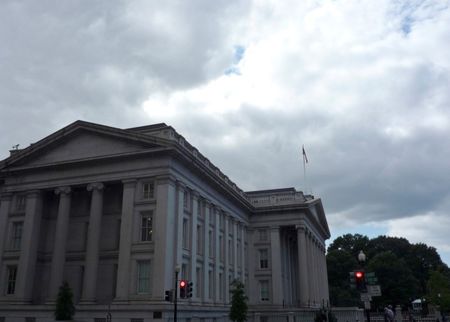 (Bloomberg) -- Japanese bond investors are better accustomed than most at trying to eke out returns in a negative-yield environment. But they’re struggling with a dwindling pool of attractive options, which doesn’t bode well for international peers who might be looking to use a similar toolkit.

While money managers globally have snapped up a recent flood of supply to fund trillions of dollars worth of stimulus packages, the shrinking returns on fixed-income instruments are making it increasingly hard to earn decent returns. Funds in Japan have long sought better returns from higher-yielding debt abroad. But even after a recent tumble in currency hedging costs, the choices out there aren’t as wide-ranging as one might think.

Except for U.S. corporate bonds, South African sovereign debt and Italian securities, not a whole lot of markets offer a big step-up in yield premium to Japan’s offerings, according to Bloomberg’s analysis. For those prepared to consider other alternatives, there are also Australian semi-government securities as well as Malaysian and Singaporean sovereign notes.

After accounting for hedging costs, South African sovereign bonds offer a yield of 4.5% for the yen-based investor, the highest among 27 markets analyzed by Bloomberg. This was followed by U.S. corporate debt at 1.8% and Italian government bonds at 1.7%.

A majority of the markets analyzed had hedged yields below 1%, while yields in the U.K., Germany and Sweden were negative. In comparison, Japan’s 20-year bond pays 0.37%.

“U.S. corporate and mortgage debt will be among the top options for Japanese investors,” said Eiji Dohke, chief bond strategist at SBI Securities Co. in Tokyo. “They must be finding these securities easier to buy given the Federal Reserve is investing so much to ease U.S. credit.”

This preference is reflected in the latest data. Japanese funds bought the most American corporate debt in eight years in March and purchased a record amount of U.S. agency bonds while selling Treasuries.

The Fed has rolled out a series of emergency programs to stave off a credit crunch after the pandemic roiled global markets. Measures include buying U.S.-listed exchange-traded funds invested in corporate bonds as well as purchases of Treasuries and mortgage-backed securities.

Bloomberg’s analysis shows selected European bonds also offer relatively high currency-hedged yields. But the debt may have lost some of their appeal after Germany’s constitutional court questioned the legality of one of the European Central Bank’s asset-purchase programs.

“I don’t think Japanese real money is keen to take risk in European bonds,” said Eiichiro Miura, general manager of the fixed-income department at Nissay Asset Management Corp. “Debt is ballooning in Europe and the German supreme court’s decision is a cause for concern. In particular, risks remain high for Italian bonds.”

The table below shows yields on 10-year notes that make up the FTSE World Government Bond Index as well as select quasi-government and corporate bonds. The countries’ names refer to their government debt.

For Japan, 20-year yields were used because of the preference of life insurers and pension funds for long-dated bonds in the local market.

Hedging costs were computed using currency forwards and assume that hedging would be rolled over every three months. Credit ratings are based on S&P Global Ratings.