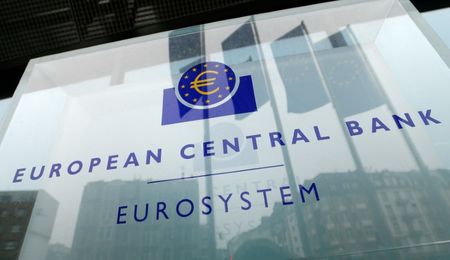 (Bloomberg) -- Europe’s monetary and fiscal titans are finally moving in lockstep as a wave of German stimulus buttressing additional central-bank easing heralds the prospect of a new era of policy making in the region.

Those measures to aid the economic pickup from the coronavirus crisis, announced within half a day of each other in Berlin and Frankfurt, followed a groundbreaking shift toward creating a European recovery fund in Brussels supported by joint borrowing.

Each initiative is already substantial, but combined they’re quite the show of force. They also suggest that Europe, which has long struggled to find common ground over economic policy, is more than ever exhibiting a sense of collective purpose.

“The shift in policy making at the European level has been tremendously significant,” said Neville Hill, chief European economist at Credit Suisse (SIX:CSGN) in London. “It’s not only capable of allowing the euro-area economy to recover well from the near-term crisis, but it does raise the prospect of a better, and a better-balanced, policy framework in the European Union once it’s recovered.”

At the center are two women who can draw on unique experience of prior financial market turmoil. Germany’s long-serving Chancellor Angela Merkel oversaw two days of bargaining to clinch her latest 130 billion-euro ($147 billion) stimulus push, after bringing her government round to sharing its fiscal might to back the EU’s new borrowing tool.

Meanwhile, European Central Bank President Christine Lagarde, a former French finance minister and International Monetary Fund chief, has kept her institution at the forefront of crisis firefighting, while bluntly telling governments that it can’t do the job alone. Policy makers expanded bond purchases by 600 billion euros on Thursday, and could still add to that in future.

“The ECB is acting much more aggressively than it has ever done before, and so is the German government,” said Nick Kounis, an economist at ABN Amro in Amsterdam. “The policy response has been much more rapid and coordinated and focused compared to the global financial crisis.”

Some of the debt the ECB will buy will be German -- conveniently issued to pay for the country’s new stimulus. That fiscal-monetary connection is already well underway in countries such as the U.K., where the central bank and government have emphasized their coordination.

A mark of success for euro-area officials came in the form of Italian 10-year bond yields, which dropped to the lowest level in two months on Thursday. That narrowed the spread over German debt that’s long been a warning signal for officials. It had spiked in March, when Lagarde mistakenly suggested the ECB wasn’t interested in keeping it in check.

The emergency that has provoked Europe’s economic actors into changing their ways remains pressing. Lagarde said on Thursday that the region’s contraction in the second quarter will be “unprecedented” -- leading to a near 9% slump this year.

“An ambitious and coordinated fiscal stance remains critical,” she added.

Germany -- the region’s biggest economy -- is set to weather that better than partners such as Italy, though officials in Berlin still anticipate the worst loss of output since the aftermath of World War II.

With that in mind, Merkel’s stimulus exceeded expectations. The package, including 57 measures from a sales-tax cut to a bonus for parents, was tailored to ensure as wide a reach as possible.

Such German efforts are turning a page for the country after years of balanced budgets, driven by an orthodoxy of fiscal rectitude. They also mark a faster response than in 2009.

“With the pandemic under control and substantial fiscal support in place, Germany looks well-placed to bounce back in the second half.”

Similarly, the ECB has acted swiftly and boldly, in contrast to the slow-motion reaction, punctuated by years of policy wrangling, that followed the financial crisis and subsequent debt turmoil in the region.

Europe’s next frontier for policy making is likely to focus on the EU recovery fund, which will pool borrowing powers with a view to distributing aid as needed.

It’s yet to be endorsed by all governments and could be watered down. But if it takes shape, it will begin to redress an imbalance in the design of the euro, which fused monetary policies without symmetry on the fiscal side.

With “the combination of German fiscal expansion and the EU recovery fund -- as well as nobody talking about austerity despite the big fiscal slippage due to the coronavirus -- finally a joint Europe is coming together,” said Jens Peter Sorensen, chief analyst at Danske Bank A/S.