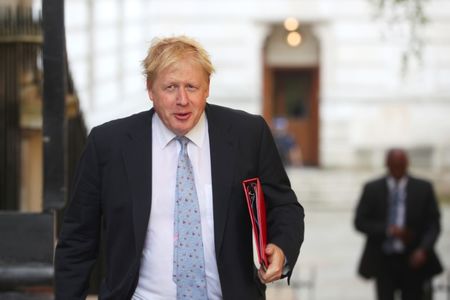 Prime Minister Boris Johnson and Home Secretary Priti Patel did not repeat previous assurances that the U.K. will be getting back to normal by April, even as the mass vaccination program continued to expand to reach 5 million people.

Instead, they toughened up measures to enforce the current restrictions, amid concerns that too many people are still flouting the rules, making it harder to control the spread of the disease.

New police fines of 800 pounds ($1,097) will be imposed on people caught attending house parties, Patel told a press conference in London. When asked if the public should book summer holidays, she said the advice now is to stay home.

“It’s far too early to say or even speculate when we can lift restrictions,” Patel said. “This country remains in the grip of a pandemic.”

Earlier, Johnson was asked if the lockdown may need to last into the summer, and did not rule it out, warning only that the new coronavirus strain is “much more contagious” and that the U.K. faces “what is unquestionably going to be a tough few weeks ahead.”

Their comments suggest a gloomier outlook than just days ago, when ministers were saying they hope to begin opening up the economy in the first half of March.

Johnson is under pressure from members of his Conservative Party who are pushing for him to outline a plan to ease the lockdown as soon as the government meets its target to vaccinate the 15 million most vulnerable people, a goal he wants to achieve by Feb. 15.

Shops, restaurants and schools are closed, and people have been told to stay at home unless absolutely necessary. The restrictions threaten to push the economy into another recession, after suffering its worst decline in three centuries.

Northern Ireland’s devolved government announced an extension to the region’s lockdown to March 5.

The latest U.K. data showed 1,290 people died from Covid-19 in the last 24 hours, taking the total to 95,829, the highest death toll in Europe. It’s had a succession of records this month of both new cases and daily deaths.

Patel said that while most people are obeying the rules, a few are exhibiting “irresponsible behavior” that poses “a significant threat to public health.”

Fines for attending parties will double for every further breach to a maximum penalty of 6,400 pounds, she said. Party organizers already faced 10,000-pound fines.

The new enforcement action will apply to any gatherings of more than 15 people discovered by police, as ministers get tougher on those breaking lockdown restrictions.

Vin Diwakar, the National Health Service medical director for London, said the U.K. is facing its biggest public health crisis since World War II, and likened breaking the rules by hosting or attending large parties to “switching on a light in the middle of a blackout in the Blitz.”

“It doesn’t just put you at risk in your house,” he said. “It puts your whole street and the whole of your community at risk.” 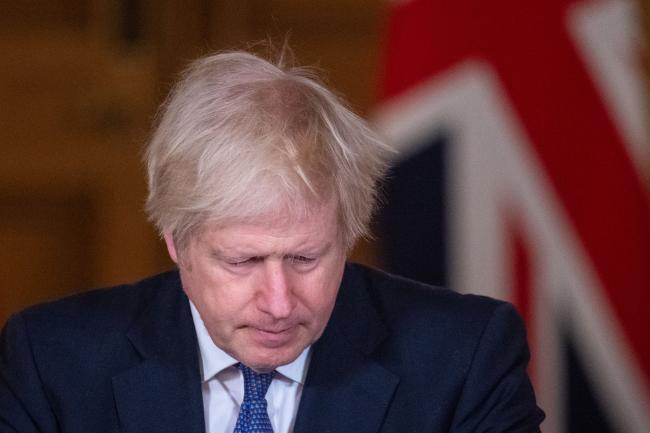