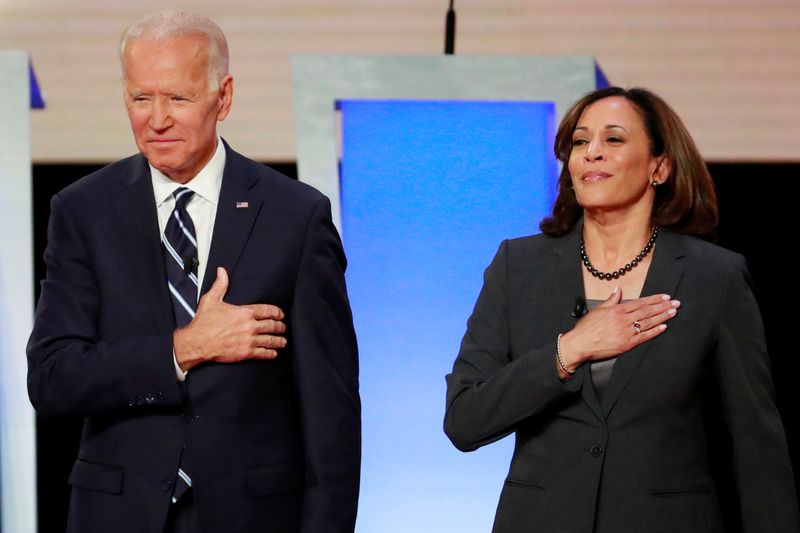 Investing.com -- Joe Biden will be sworn in as President, a day after the death toll from Covid-19 hits 400,000. Netflix stock is set to soar after a stellar fourth quarter, while Procter & Gamble, UnitedHealth (NYSE:UNH) and United Airlines all report later. Jack Ma reappears for the first time since the Ant Group IPO fiasco, and API oil inventories are due. Here’s what you need to know in financial markets on Wednesday, January 20th

Joe Biden will be sworn in as the 46th President of the United States, ending a four-year revolt by the country against the world order that it created after World War 2 and consolidated after the collapse of the Soviet Union.

The inauguration will be overshadowed by a high security presence, aimed at averting any repeat of the violence instigated by the supporters of outgoing President Donald Trump in their attempts to force Congress to overturn the result of the election in November.

It will also be marked by the absence of the crowds usual for inaugurations due to the Covid-19 pandemic. The U.S. death toll from Covid-19 reached 400,000 on Tuesday. While the current surge in infections appears to have peaked, it is on course to top the number of U.S. deaths in World War 2 by the end of the month.

Netflix cemented its position as one of the biggest winners from the pandemic, as the net addition of over 37 million subscribers over the year pushed its overall subscriber base above 200 million users by the end of December.

Netflix (NASDAQ:NFLX) stock rose over 12% in after-hours trading on the news, lifted especially by the detail that its cash flow now covers its spending needs. Revenue rose by some 20% from a year earlier, beating expectations, although net profit dipped below forecasts.

The company added 8.5 million subscribers in the last quarter alone, cashing in on a string of successful new series, including The Queen’s Gambit, the latest series of The Crown and the French series Lupin.

Earnings season continues on Wednesday with a broad cross-section of reports. UnitedHealth got the ball rolling with a modest beat on both top and bottom lines, while the focus is likely to be on consumer giant Procter & Gamble Company (NYSE:PG), which like Netflix has benefited from shifts in consumer spending patterns over the last year.

There are also reports from pipeline operator Kinder Morgan, Morgan Stanley(NYSE:MS), US Bancorp and United Airlines. Overnight, ASML the Dutch-based maker of chipmaking equipment, beat expectations for the fourth quarter and announced it will buy back 6 billion euros of stock over the next three years.

Alibaba founder Jack Ma made his first public appearance since a dispute with Chinese regulators forced him to abandon his plans to float his giant financial services empire Ant Group.

The billionaire met 100 rural teachers in China via a video meeting on Wednesday as part of one of his charity initiatives, local government media reported.

Alibaba (NYSE:BABA) ADRs were up 7.3% in premarket trading on the news. Investors had been spooked by Ma’s disappearance from public view since the start of what has morphed into a clear attempt to restrain the growing influence Ma’s wealth has brought him.

China’s central bank left its prime loan rate unchanged at 3.85%, as expected. The Bank of Canada is expected to leave its key rate at 0.25% when its policy-making board meets later.

There may be more market reaction to the release of the American Petroleum Institute’s weekly assessment of U.S. oil inventories, as crude prices again test the 11-month highs that they posted last week.