What to Watch Friday as China Finally Unveils 2020 Economic Plan

What to Watch Friday as China Finally Unveils 2020 Economic Plan 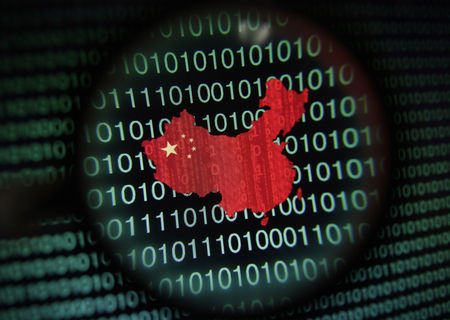 China’s top leaders should reveal Friday how much they’re planning to spend on stimulus to support the post-virus economy, when they belatedly announce their economic policy blueprint for the rest of 2020.

The centerpiece event will be the work report delivered by Premier Li Keqiang, which typically contains the economic growth and spending targets, as well as the goals for jobs and inflation.

The most important number to watch is the target for gross domestic product growth, which is the anchor for policy making and affects spending and debt sales. With the nation facing the slowest growth in more than 40 years and uncertainty still high with the virus raging globally, the government may however not even announce a target this year. It’s possible that a description of the desired level of growth or a range is announced.

If the leadership does follow convention and publish a numerical target, the pace and the language describing the number should be closely watched. That will illustrate the balance Beijing is trying to strike between restoring growth and avoiding an unsustainable increase in debt. Economists mostly expect a target below 3% or no number at all.

Nomura Holding Inc. economists updated their view on the growth target, saying there’s a 50% probability that the government will not announce it. Previously they had said there was a small chance of this. There’s also a 50% chance the goal will be set at about 2%-3%, they wrote Thursday.

It was already clear that jobs would be top of the agenda this year, with Premier Li previously indicating that employment would be prioritized over economic growth.

A steady supply of new jobs is crucial for both social stability and government legitimacy and with only meager unemployment benefits, getting people into work is also key for supporting domestic spending. The plan is expected to detail targets for new job creation and the jobless rate for the year.

Last year the government aimed for more than 11 million new urban jobs and a jobless rate of around 5.5% last year, and claimed to have met those targets, despite the trade war. However, the disruptions from the coronavirus outbreak threw uncounted millions out of work and caused the jobless rate to spike above 6% earlier this year.

The government is likely to focus on getting those people back into work and ensuring jobs for the millions of people who will join the workforce this year. Nevertheless, Macquarie Group (OTC:MQBKY) Ltd’s Larry Hu in Hong Kong expects the jobless rate to peak at around 10%, and the increase in urban jobs to be about half the level of last year.

The general “prudent, flexible and appropriate” stance of monetary policy isn’t likely to change, but investors should look for any shifts in the wording on monetary stimulus in the report, which should flesh out the People’s Bank of China’s promise earlier this month to use “more powerful” policies.

The government could target faster credit growth in 2020 than last year and may promise to keep it expanding slightly faster than nominal GDP growth. It will also likely drop the promise to “avoid excess liquidity flooding the economy.” That phrase was cut from the PBOC’s regular report earlier this month and its removal indicates there will be less control on the expansion of lending and debt.

In the past, the work report has set explicit goals for bank lending or forecast detailed monetary policy actions such as cutting banks’ required reserve ratios and interest rates. Any indication of a reduction in the benchmark deposit rate would also be an important signal of stimulus.

Three numbers will set the tone of fiscal stimulus in 2020: the official budget deficit ratio, the amount of local government special bonds and the amount of sovereign special bonds. Combined, these determine the real size of China’s spending deficit.

Economists expect the government to drop the long-held deficit limit of 3% of GDP for the first time in at least a decade, but anything below 3.5% will disappoint expectations for a substantial increase in spending.

Special bonds sold by local governments will indicate how much more infrastructure spending there will be this year. The quota for those bonds is estimated to be between 3 to 4 trillion yuan ($420-$560 billion), up from 2.15 trillion yuan last year.

“China stands out among emerging markets as one of the few that’s able to finance significant deficit spending. Others, hamstrung by dependence on foreign borrowing, have limited space to act.”

The central government could also sell as much as 2 trillion yuan in sovereign debt for anti-virus spending, but when considering the stimulus effect investors should look closely at not only the size but also the purpose of the debt. The economic effect will be much larger if the money is borrowed to pay for infrastructure projects rather than general spending.

The government’s long-term goal of ending absolute poverty will be center stage this week.

That’s partly because it was meant to be achieved this year, and also because the virus made the other target of doubling incomes by this year from 2010’s level less likely. In the months since the outbreak President Xi Jinping has repeatedly expressed his resolution to accomplish the poverty mission on time.

That involves billions of yuan in investment in relocating rural villagers, building homes, infrastructure and schools. The program involves spending by all levels of government as well as bank loans. There’s usually no overall number that includes all the spending, but any concrete amount in the work report is worth noting.