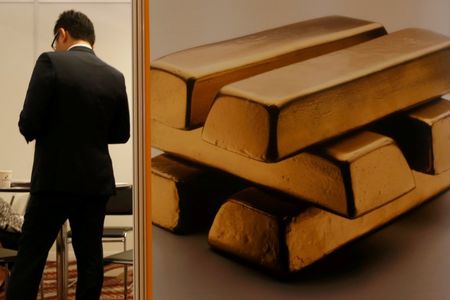 FUNDAMENTALS
* Spot gold XAU= fell 0.1% to $1,773.13 per ounce by 0036
GMT. U.S. gold futures GCv1 shed 0.3% to $1,785.60.
* On Wednesday, gold prices touched $1,788.96, their highest
since October 2012.
* U.S. nonfarm payrolls rose by 4.8 million jobs in June,
the Labor Department's data showed, the most since the
government began keeping records in 1939. * Better-than-expected jobs report lifted sentiment in
equities, as Asian stocks were set to track a firmer Wall Street
session on Friday. MKTS/GLOB
* Florida reported more than 10,000 new COVID-19 cases on
Thursday, the biggest one-day increase in the state on record, a
Reuters tally showed. More than 10.76 million people have been
infected worldwide so far. * Meanwhile, more than 75 members of the U.S. Congress sent
a letter to the President Donald Trump urging him to take make a
formal determination on whether China's treatment of Muslim
Uighurs and other groups constitutes an atrocity. * The U.S. State Department also warned top American
companies to check their supply chains and ensure they are not
doing business with entities linked to alleged human rights
abuses against Uighurs in China's Xinjiang province.
* Gold is often used as a safe store of value during times
of political and financial uncertainty.
* Indicative of sentiment, holdings of SPDR Gold Trust
GLD , rose 0.8% to 1,191.47 tonnes on Thursday. GOL/ETF
* Palladium XPD= eased 0.1% to $1,898.56 per ounce, while
platinum XPT= rose 0.1% to $803.91. Silver XAG= was steady
at $17.90.