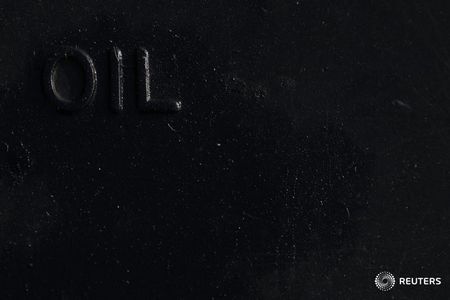 By Sonali Paul
MELBOURNE, Feb 24 (Reuters) - Oil prices fell in early trade
on Wednesday after industry data showed U.S. crude inventories
unexpectedly rose last week as a deep freeze in the southern
states curbed demand from refineries that were forced to shut.
Crude stockpiles rose by 1 million barrels in the week to
Feb. 19, the American Petroleum Institute (API) reported on
Tuesday, against estimates for a draw of 5.2 million barrels in
a Reuters poll. API data showed refinery crude runs fell by 2.2 million bpd.
U.S. West Texas Intermediate (WTI) crude CLc1 futures were
down 55 cents or 0.9% at $61.12 a barrel at 0136 GMT, after
slipping 3 cents on Tuesday.
Brent crude LCOc1 futures fell 38 cents, or 0.6%, to
$64.99 a barrel, erasing Tuesday's 13 cents gain.
Investors will be awaiting confirmation from the U.S. Energy
Information Administration later on Wednesday that crude
inventories rose last week, despite the hit to shale oil
production amid the unprecedented icy spell in the U.S. south.
"The key question is how quickly does U.S. oil supply
recover. It looks like supply will recover faster than
refineries, and supply is going to outpace demand in the next
few weeks. That will give negative weight to the market,"
Commonwealth Bank analyst Vivek Dhar said.
The price retreat is being seen as a pause following a
rally of more than 26% to 13-month highs in both Brent and WTI
since the start of the year.
Prices have jumped due to the U.S. supply disruption and
supply discipline by the Organization of the Petroleum Exporting
Countries and allies, together called OPEC+, led by an extra 1
million bpd cut by Saudi Arabia.
At the same time stimulus spending to boost growth,
investors rotating into commodities, and hopes that the rollout
of vaccinations could lead to an easing of pandemic restrictions
are all buoying oil prices.