U.S. Dollar Tanks on NFP Worries, What to Expect from BoE

U.S. Dollar Tanks on NFP Worries, What to Expect from BoE

Be the first to comment
The U.S. dollar traded lower against all of the major currencies Wednesday, a sign that FX traders are worried about Friday’s nonfarm payrolls report. With ADP reporting significantly weaker-than-expected private payroll growth in July (167,000 vs. 2.3 million forecast) and the employment component of non-manufacturing ISM dropping to 42.1 from 43.1, all signs point to a slowdown in labor market recovery last month. However, based on the strong rally in stocks and more than 7% increase in 10-year yields, not everyone is convinced that the data will be terrible or that the outlook is grim. Investors should be worried about the possibility of NFP miss, but the argument can be made that new virus cases in the U.S. are coming down and stimulus talk is finally moving in the right direction. More positive headlines are expected from Congress in the coming weeks and when a deal is reached, as long as it's semi-decent, we expect a relief rally that should drive equities, Treasury yields and the dollar higher. Investors won’t be able to ignore a weak NFP report on Friday but, like today, the impact on the financial markets may be short-lived.
Next to U.S. nonfarm payrolls, Thursday’s Bank of England monetary policy announcement and quarterly inflation report are the most important event risks this week. Like the Reserve Bank of Australia, the BoE is widely expected to leave policy unchanged. The table below shows widespread improvements in the UK economy since the last central bank meeting. Up until now, new virus cases in the UK have been relatively contained, but on Monday, the country reported its second highest day of COVID-19 cases since June. Nonetheless, the BoE will be relieved that the UK’s numbers are nowhere near some U.S. states and the curve is still relatively flat for the time being. The rest of the world is recovering slowly, but ongoing uncertainties make projections difficult for the central bank. In June, they were less dovish, but a V-shaped recovery looks more out of reach, especially with little progress on EU-UK trade talks. If the central bank sounds less optimistic and lowers its growth forecasts, GBP/USD will sink towards 1.30. If its outlook or growth forecasts remains unchanged, sterling could extend its gains into NFP.
The euro and sterling powered higher despite mixed PMIs. Downward revisions to Germany and French service-sector data was offset by upward revision to the Eurozone’s composite index. The euro is still one of the strongest G10 currencies, having made a brief foray above 1.19 against the U.S. dollar today. In the UK, the service sector and composite PMI numbers were revised lower. Considering that manufacturing activity was also weaker than initially thought, sterling should be trading lower. All eyes are now on BoE and its updated economic forecasts.
All three commodity currencies traded higher on Wednesday, with the AUD/USD rising to an 18-month high and USD/CAD falling to a four-month low. Although Commerce Bank revised down its PMI numbers for July and China’s Caixin services index eased, A$ traders took comfort in stronger home lending data and U.S. dollar weakness. Also, as my colleague Boris Schlossberg reported, the COVID situation in Melbourne remained troubling but below the 700 daily new cases that everyone feared. The Canadian dollar shrugged off a wider trade deficit because imports and exports rebounded smartly. New Zealand reported very good labor market numbers with the unemployment rate improving to 4% from 4.2%. Economists anticipated a rise to 5.8%. 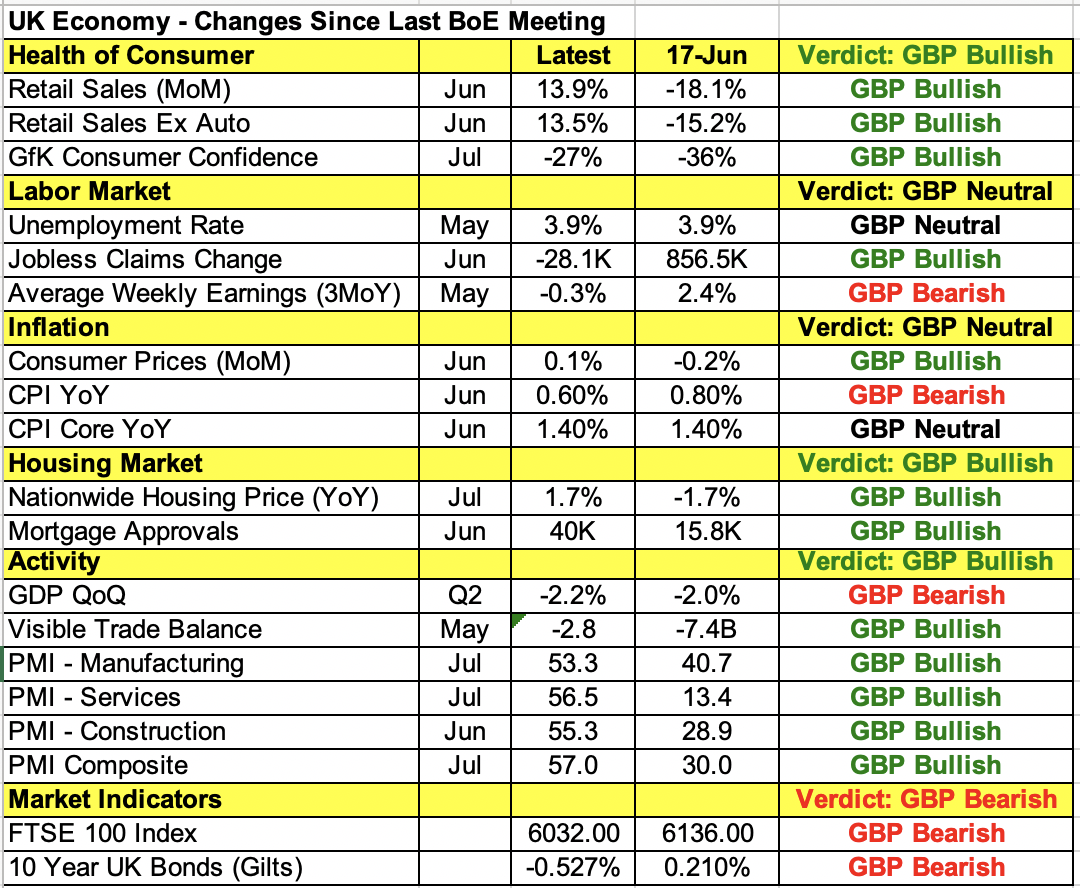