Futures on the S&P 500, Dow and NASDAQ 100 dropped with European stocks this morning, as lingering tensions between the U.S. and China dented sentiment ahead of trade talks kicking off in Washington today.

While U.S. contracts initially jumped on reports that U.S. tariff hikes scheduled for Oct. 15 might be postponed and some U.S. companies might be granted a waiver to supply Chinese tech giant Huawei, they later gave up those gains on signs that the latest U.S. move to blacklist 28 Chinese firms and restrict visas to some Chinese officials may jeopardize chances of a broad deal between the two economic powers.

Meanwhile, Europe's STOXX 600 trimmed half of yesterday’s bounce off the 200 DMA.

In the earlier Asian session, most indices gained, with South Korea’s KOSPI (-0.88%) as the notable exception. Japan’s Nikkei 225 (+0.45%) recouped losses after bouncing off the weekly lows, above the 200 DMA. 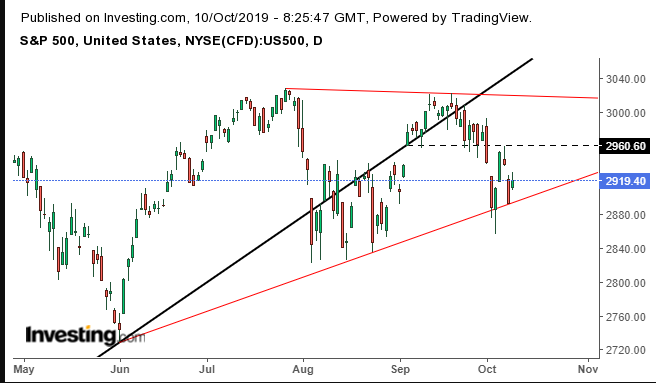 The SPX rebounded after confirming the tenacity of bears in the the two previous sessions—after they forced a small H&S top last Tuesday, as we predicted. Tuesday’s low found support by an uptrend line (red) since June 3—if violated, it would mark the failure of an ascending triangle, presumed to be bearish. Meanwhile, the price is below the medium-term uptrend line since the December bottom, for the second time. 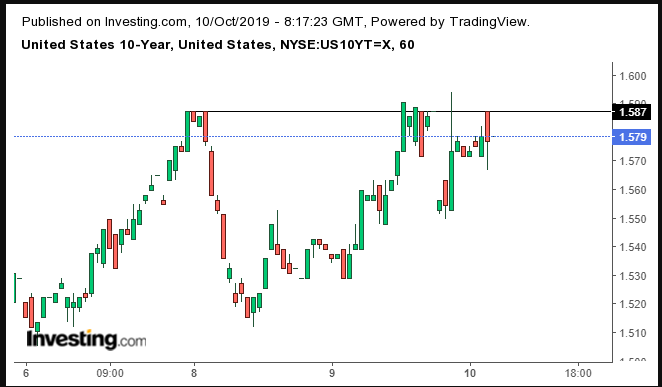 Over to bond markets, yields on 10-year Treasurys struggled against resistance since the week’s highs. 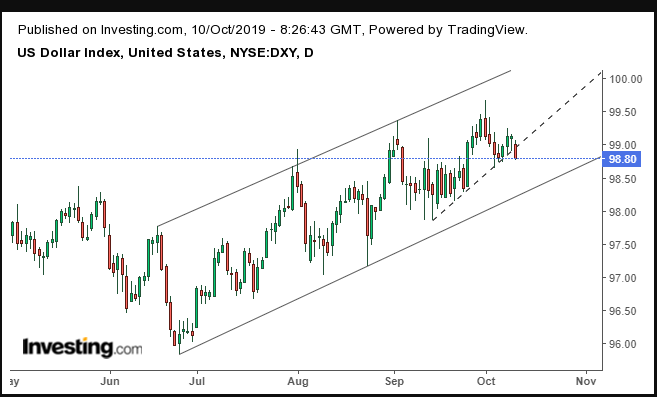 The dollar fell for the second day, below its uptrend line since Sept. 13, but well above the bottom of its rising channel since June. 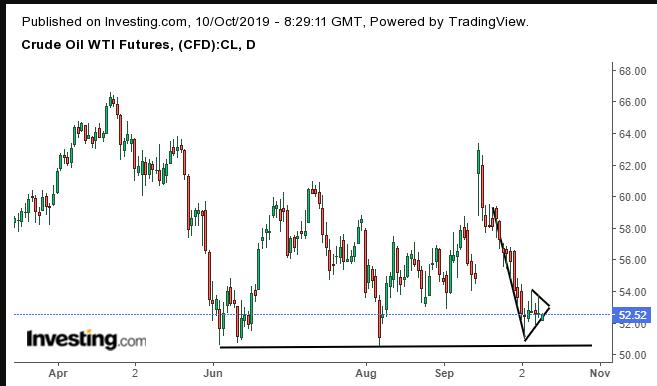 The conflicting reports about the U.S.-China trade also whipsawed oil prices. Technically, the WTI price is attempting a downside breakout to a pennant, bearish after the drop from $60 in just a week. A downside breakout would increase the odds of the price falling below the $50 support since June.