For the past few years, even as Bitcoin peaked, collapsed, then rose once again from its recent, sustained lows, a variety of individuals and investment management firms have tried to launch a Bitcoin exchange traded fund (ETF), which would list on one of the major U.S. equity indices. 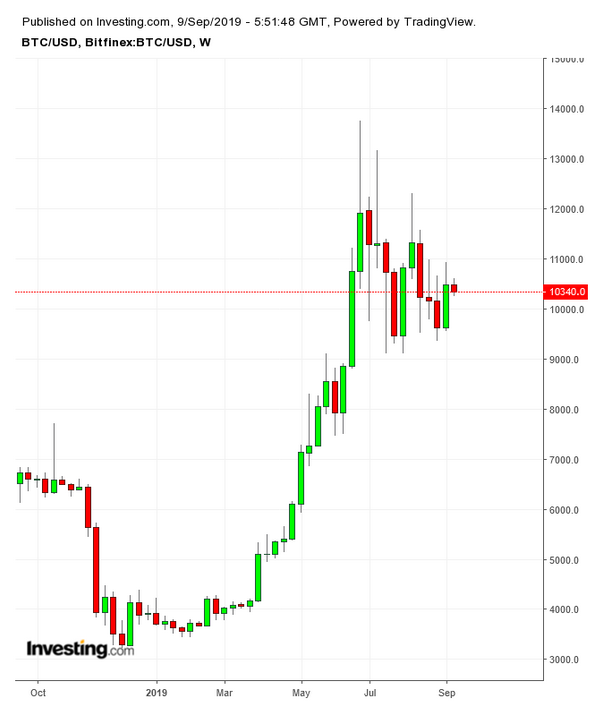 To date, every single proposal, however, has been rejected or delayed by the U.S. Securities and Exchange Commission (SEC), on concerns of lack of protection for retail investors from fraud and market manipulation.

Now, VanEck and SolidX Management are attempting to bypass the regulator, using an SEC exemption in accordance with Rule 144A under the Securities Act of 1933. This, the companies say, will allow shares in its VanEck SolidX Bitcoin Trust to be offered to qualified institutional buyers but not retail investors.

According to the partners, any shares bought will provide customers access to a physically-backed Bitcoin product that is tradeable through traditional and prime brokerage accounts. To be clear, a qualified institutional investor is a purchaser who is considered financially sophisticated and manages a minumum of $100 million or more in securities. These investors are recognized by securities market regulators as needing less protection from issuers than retail investors.

The Van Eck SolidX Bitcoin Trust is being sponsored by SolidX, with VanEck providing marketing services. Bank of NY Mellon will act as the daily fund accountant, administrator and transfer agent. The Trust will price its NAV based on the MVIS Bitcoin US OTC Spot Index. It was scheduled to launch last Thursday.

Many, however are skeptical of this latest offering. Some, including Investing.com's senior analyst Clement Thibault, have dismissed it as not a real ETF, but rather another Bitcoin Investment Trust (OTC:GBTC) offering, which trades over the counter and is held by a very small number of institutions. In a recent tweet Thibault said:

Don't get too excited about the Van-Eck SolidX "Bitcoin ETF"... It's another GBTC, not the retail Bitcoin ETF everyone's been hoping for for the past 2 years.

There's still no Bitcoin retail ETF, I don't expect one anytime soon either.

“Given the lack of approval from the SEC for an ETF and continued uncertainty about prospects, it will be interesting to see what kind of demand this faces and how the investment trades. Bitcoin has remained a highly volatile investment in its short life.”

Mike Poutre, managing director of Terraform Capital warns, "this is both a clever and risky approach to bringing product to market." VanEck has been working in crypto for several years, he adds, and the founders of the company have a “solid securities background.” Therefore, Pouter believes this offering has “strong braintrust” behind it. Nevertheless:

“The real challenge will come when any institutional investor seeks, under rule 144, to have the legend removed and have their stock registered with the SEC. If the SEC feels that this offering was structured to specifically avoid their comments, they could prevent the removal of the legends from the restricted shares, and prevent the shares from ever trading. In the meantime, VanEck will have 6 months from the date of the first sale to convince the SEC that their offering was not only legal, but follows the spirit and the letter of the law.”

Yet for all the doubters, some investors are applauding this move. ”I commend VanEck, SolidX and BNY Mellon for their creative solution to the delays they are experiencing with the SEC's centralized approval process,” said Dave Hodgon, director and co-founder of NEM Ventures.

“While I personally believe these measures shouldn't be necessary, it's clear that certain types of business models are not being actively engaged by the SEC. [They've] been somewhat hesitant in taking a proactive position on cryptocurrency to date, in various aspects, adding uncertainty, delays and commercial risk through their inaction. The solution proposed by VanEck and SolidX appears similar to other institutional investment trust-type vehicles.”

Others have pointed out that Bitcoin products are still evolving. They see this development as a worthwhile experiment.

"The Van Eck SolidX offering is a good sign of experimentation under the current regulatory framework in the U.S.," says Charles Lu, CEO of Findora, a public ledger for building financial services applications:

"It can work as a sandbox to address regulators’ concerns including market transparency of Bitcoin. It could also be a sign that more regulatory clarity is coming to the blockchain industry. Overall, this will pave the way for more exciting products and assets.”

That being said, Lu notes that the offering doesn’t really provide any insight into the evolution of regulation in the U.S. since it uses a pre-existing exemption from the public ETF rules. He adds:

“The trading limits are similar to private REITs and equities: a holding period and trading among accredited investors is mandated. To institutional investors, such an offering can provide extra exposure but they have to treat it similarly to any private securities they hold.

It could also be costly and hard to open up secondary liquidity without next-generation infrastructure.”

Nonetheless, Alex Mashinsky, CEO of Celsius Network sees this as a big step for the industry as it opens wide the floodgates of Bitcoin to the majority of financial institutions that have, to date, been held back from participating in the new asset class, but have an appetite to do so.

“Van Eck is using the 144 exemption after exhausting all other possibilities knowing this move may get their pending application delayed even further. Still, it signals the amount of pressure they have from their institutional customers to get the product out.”