The past year was certainly not one that should make Intel (NASDAQ:INTC) investors proud. It was a period when the world’s largest maker of chips lost its investment appeal as smaller competitors gained ground and the company’s factories failed to bring the latest and fastest chips to the market.

These consistent setbacks are viewed by some as a sign that the company’s 50-year old strategy, which has consisted of designing and manufacturing its own semiconductors, doesn’t work any more.

Its competitors, including Advanced Micro Devices (NASDAQ:AMD) and NVIDIA (NASDAQ:NVDA), design chips that are built by outsiders, led by Taiwan Semiconductor Manufacturing (NYSE:TSM).

While the California-based Intel struggles to overcome its worst crisis in at least a decade, an activist investor, after building a “significant” position in its stock, is urging the company to explore strategic alternatives, including a possible breakup of the chip-maker and the sale of its assets.

Said Dan Loeb of Third Point LLC in a letter to Intel’s board, according to Bloomberg:

“We cannot fathom how the boards who presided over Intel’s decline could have permitted management to fritter away the company’s leading market position while simultaneously rewarding them handsomely with extravagant compensation package. Stakeholders will no longer tolerate such apparent abdications of duty.”

This frustration by shareholders certainly makes sense. Intel stock, during the past year, is the worst performer when compared with its top competitors. 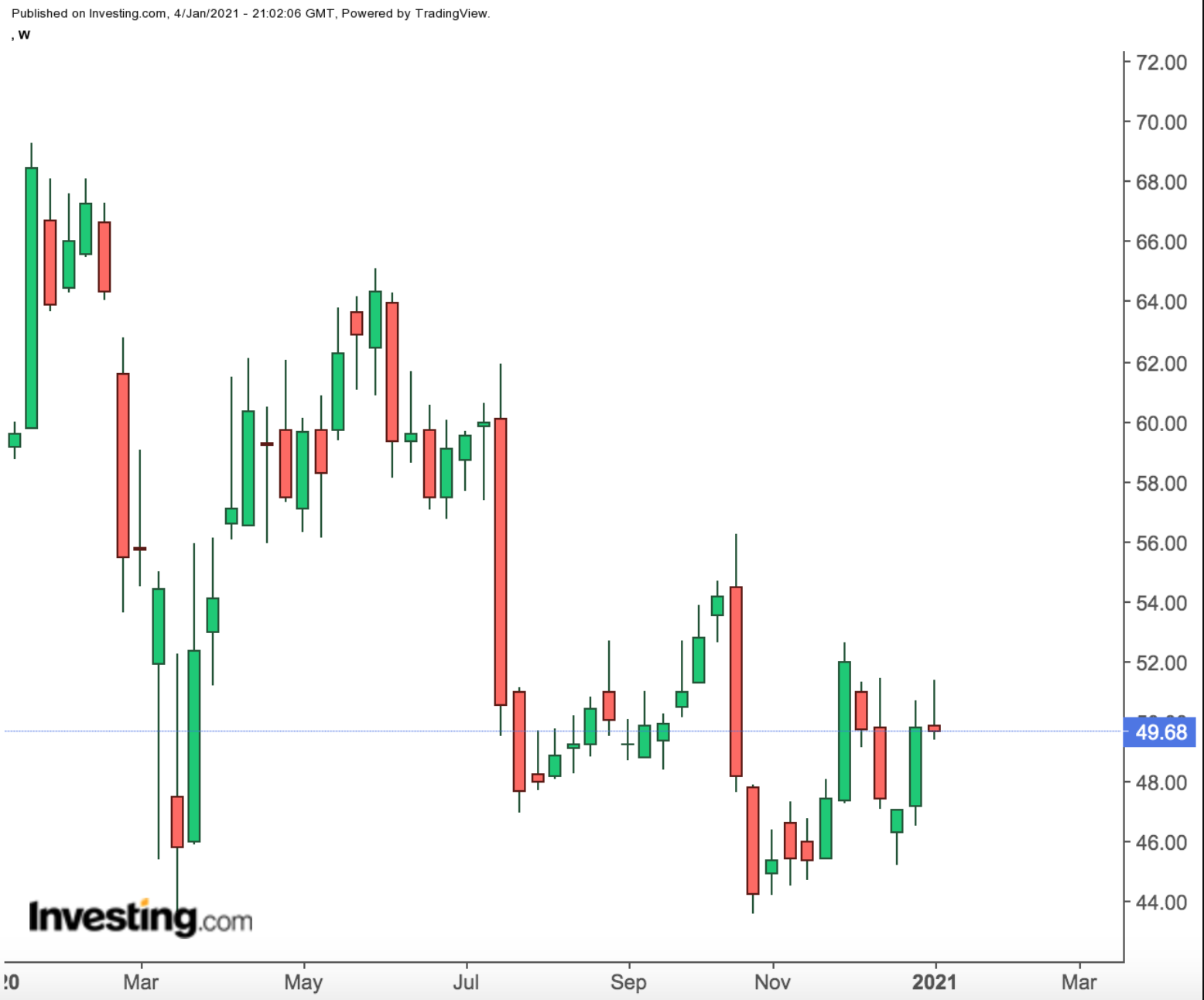 It has fallen about 17% in the last 12 months, when rivals, including AMD and NVIDIA, more than doubled in value.

Loeb, in his letter, urged Intel to hire an investment bank to evaluate strategic alternatives, including whether it should remain an integrated device manufacturer and to explore the divestment of “certain failed acquisitions.”

Loeb added that Intel has to be able to make products that serve big players like Amazon (NASDAQ:AMZN) and Apple (NASDAQ:AAPL), which are developing their own chip designs and having them manufactured abroad.

For long-term investors who want to take advantage of Intel stock’s weakness, the main point of concern is whether the new year is going to be worse than 2020. Or, will it bring about a change that the chip-maker badly needs?

Even with all the production challenges and competition, we believe Intel offers a good long-term value. Intel’s CEO Bob Swan is already working to get the company ready to meet these challenges. He wants Intel’s design teams to be more flexible about where its chips are made and expects to announce a decision this month on whether the company will outsource some of its 2023 products, according to Reuters.

He is also quickly re-balancing the company’s portfolio and getting out of the markets where he can’t beat competition. Intel announced last quarter, for example, that it was selling its Nand memory-chip subsidiary to South Korea’s SK Hynix Inc. for about $9 billion.

On the other hand, the pandemic has boosted demand for Intel’s high-margin products, including its most advanced processors for data centers. That demand surge propelled earnings in the past three quarters, helped by the continuing strong shipments to data centers run by the world’s largest cloud-computing firms, like Amazon.

Some analysts have turned extremely bearish on Intel prospects as it goes through a tough time, but we continue to believe the company has what it takes to rebound. Intel is ingrained in the psyche of the tech world and its management has the ability to recover from this impasse. The involvement of an activist investor will only speed up that process.